Behind The Inspiration and Genius Of Interface Design In Oblivion (Video) 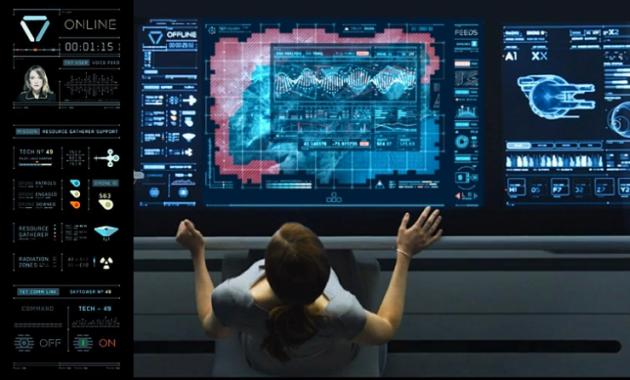 Science fiction gadget and device interfaces tap our imagination of what the future could really look like. And it's no surprise that the creative minds of sci-fi films have always been silently guiding our hands when it comes to designing the culture related to technology.

While critics didn't like the film Oblivion that much, riddling it with derivative sci-fi tropes from a dozen other movies, not one of them denied that the design artistry in the fictional world represented in the film was nothing short of stunning.

Created by a team led by visual effects designer Bradley G. Munkowitz, the interface elements in the film carefully tread the line between a Star Trek like future and a dystopian wireframe one.

Munkowitz' crew posted in depth explanations and additional images of the interface treatment, giving us a better sense of what went into the creation of the film's Light Table user interface, and Tom Cruise's Bubbleship windshield display and more.

The team wrote, "The function was to reflect the modernized sensibilities of the TET Mainframe computer and would assist the characters with the key components of their duties on earth; be it the monitoring of all Vitals on the ground using Vika's Light Table, or the various diagnostics in the air using the Jack's Bubbleship…"