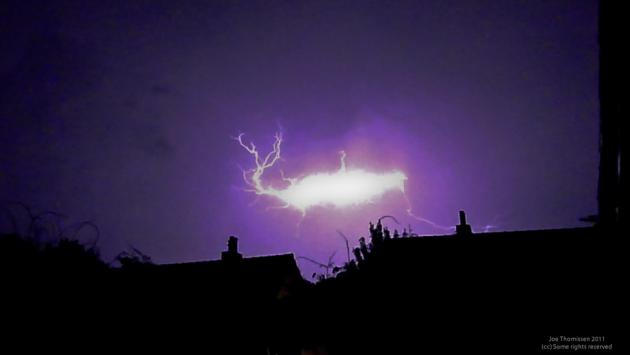 US researchers have worked out how to reproduce ball lightning. It is sometimes referred to as St. Elmo's fire.

The researchers from US Air Force Academy in Colorado have developed a technique that lets them generate clouds of plasma which floats in the air for nearly half a second. The clouds of lightning appear naturally in our skies, but are rare and because of that it's been difficult to study and replicate them. Until now that is.

It's been said that Nikola Tesla created that in his lab in 1899 or 1900 but there was no evidence or record to suggest he managed to do it. Anyway, the researchers have described a process that allows them to produce a "glow discharge" of plasma above an electrolyte solution. According to Dr. Lindsay who told the BBC:
"[T]he initial stages of the electrical discharge that produce this 'plasmoid' have many similarities to lightning. They're just electric arcs - in this case, electric arcs to the surface of this solution of electrolytes. And then what happens is this plasmoid emerges from it."
The results are published in the Journal of Physical Chemistry.