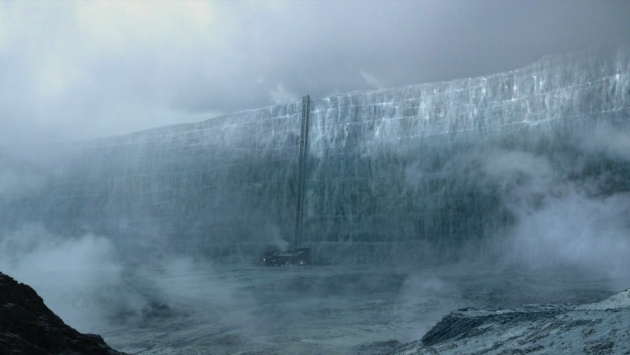 Now isn't this getting a tad bit fantasy like? Japan is looking to build an ice wall to block out Fukushima's radioactive water. Containing full of carcinogenic chemicals, it is leaking out of the Fukushima power plant at a critical rate. So much that the Nuclear Regulation Authority has deemed it an emergency.

One of the solutions is to build a mile long underground ice wall between the plant to contain the leak. Someone say Game of Thrones? The idea is to use vertical pipes spaced about a meter apart between 20 and 40 meters into the ground and to pump coolant through them.

The result would create a barrier of permafrost around the affected buildings, and keep the contaminated water in and groundwater out. Kajima Corp is currently putting together a feasibility plan for the project which could be done sometime around mid 2015.

The ice wall is no fantasy solution either. It was a proven method that was used as early as the 1860s to shore up coal mines. A recent experiment showed that it can be used to contain radiation.

So hopefully this works. And no monsters on "the other side of the wall". [Bloomberg]
﻿
What is the future of ipad app development