BlackBerry Hanging Up The Towel. Looking For A Buyer 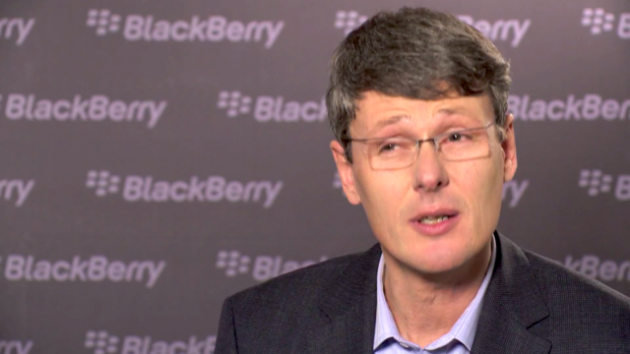 BlackBerry has temporarily halted trading in its shares on Monday and announced that the company had formed a special committee to explore various options for the company. This includes either a joint venture or a sale of the company.

BlackBerry warned that "there can be no assurance that this process will result in any transaction." Prem Watsa, chairman and CEO of Fairfax Financial, also said he will resign from his post because of "potential conflicts that may arise during the process." Fairfax Financial is the largest BlackBerry shareholder.

Reuters reported that "several sources" last week said that BlackBerry may be interested in going private. The news sent the stock up more than 5% on Friday.

BlackBerry's market capitalization is about $5.6 billion.

It's not often that a company announces that it can't hack it anymore. Despite the upbeat quote from CEO Thorsten Heins:

"We continue to see compelling long-term opportunities for BlackBerry 10...", could this be BlackBerry throwing in the towel already?

At its peak, BlackBerry (nee Research in Motion) had a market capitalization of more than $70 billion. Today, the figure is around $5.4 billion.

So who can buy BlackBerry? Cisco has $48 billion in cash, so they may be able to afford it. Microsoft on the other hand would make sense as a market share play, but analyst Roger Entner says "Microsoft would basically cannibalize or kill BlackBerry,".

Then there's Apple, but how would this justify a $10 billion acquisition? They are also not known for buying up other big companies but prefers to snap up smaller ones and absorb them.

Of course, there's Samsung, which has denied interest in buying BlackBerry before. But they're own lineup is great enough. What reason would there be for them to do so?
﻿
Smart Thermostat: How Does It Work?