Redmond is advertising its Office 365 by installing a T-Mobile router into the latest issue of Forbes magazine, and it turns the print publication into a Wi-Fi hotspot for two weeks. The promotion was first reported by Engadget who noted that it was only to included in a "limited number" of the magazines.

"The custom 4-page insert with WiFi Hotspot capabilities ran in the May 6, 2013 issue of Forbes and was sent to a limited number of technology and business professionals."

Check out the pics below: 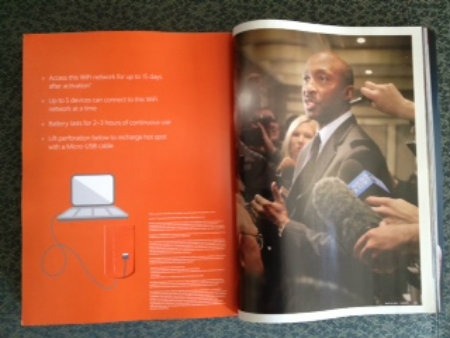 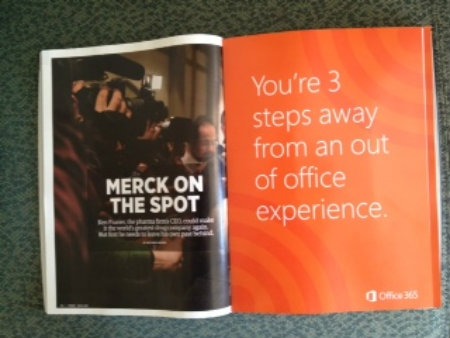 This is definitely a different kind of marketing gimmick that is surely going to create a buzz, albeit for a short amount of time only. Unlike other magazines that might feature a limited edition poster or collectible cards, there is no point in collecting numerous copies of this issue of Forbes and keeping them in mint condition. The appreciation value is not going to amount to much, if any.
Since 2013, the world of technology has advanced by leaps and bounds, and many different kinds of new technology have emerged, not to mention a greater degree of Wi-Fi connectivity everywhere you go. In fact, backpackers will tell you that cheap hostels in developing and Third World countries tend to offer far superior Wi-Fi speeds for free as opposed to a posh hotel that will require its guests to stump up an additional fee just to enjoy spotty wireless coverage.
Microsoft has also done its fair share of homework to expand its Office software suite over the course of the past few years to make it even more accessible and productive for users. First, there was Power BI that rolled out in the summer of 2013, featuring a suite of business intelligence and self-serve data mining tools that catered to the Office 365 environment. The following year, Microsoft renamed its "Home Premium" plan to just "Home", and expanded the range of available versions by introducing a brand new "Personal" plan that targeted single users. Taking advantage of the cloud craze, Microsoft also increased the amount of OneDrive storage in June 2014, where Office 365 subscribers enjoyed a massive jump to 1TB from a (relatively) measly 20GB. Later in the same year, Office 365 subscribers received news of enjoying "unlimited" OneDrive storage, although abuse of this clause saw the 1TB cap reinstated by November 2015.
Office 2016 will lose mainstream support on October 13, 2020, so there is still plenty of time left to enjoy all that the productivity software suite offers. If you have not yet given the Office 2016 suite a go, you can get Microsoft Office 2016 here.
Make the content play off of the original topic in the most natural way possible, and make sure to add the keyword exactly as shown, only once.
﻿
Using a digital product sampling platform can save you lots of money 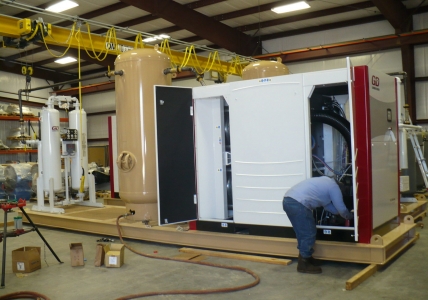