Unearthing the Potential of Solar: What is the Manufacturing Cost of a Solar Panel?


With rising concern over climate change and the burning of fossil fuels to power our turbocharged industrialized civilization, alternatives need to be found. One such alternative is the energy source that fuels the entire ecosystem as we know it: solar power. However, since its inception, solar has been beset with problems relating to manufacturing cost, efficiency, and reliability concerns. 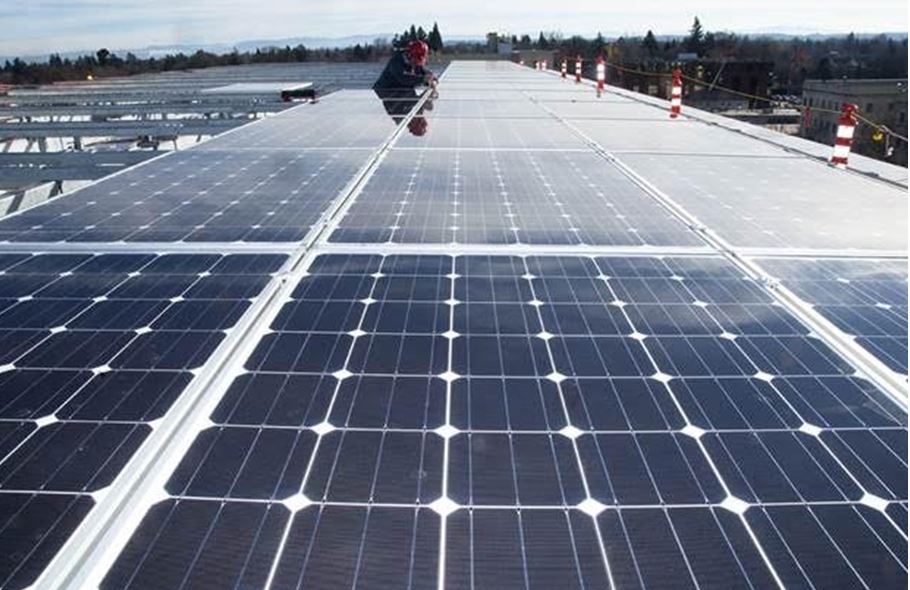 What Are Solar Panels?

When plants harvest the energy of the sun to change carbon dioxide into energy, they do best when they have as wide a surface area as possible to catch a large amount of sunlight. In the same way, solar panels allow as much sunlight as possible to be trapped and absorbed. But how do panels convert sunlight into electricity?

It’s all down to photovoltaic modules: packaged, connected assemblies of photovoltaic solar cells. These solar cells use the photovoltaic effect to generate power: photons in sunlight hit the panel and are absorbed by semiconducting materials like silicon. This pushes electrons out of their orbits, which causes current to run through the material.

During the history of solar, panels have decreased in thickness significantly as technology has improved. While most commercially available solar cells are still between 1.4 and 1.8 inches thick, recent discoveries have led to the possibility of paper-thin solar cells, driving down costs and increasing efficiency in terms of electricity generated per pound of material.

This has mainly been driven by China’s lower production costs, and the fact that their domestic consumables vendors can produce key consumables internally, such as frames, junction boxes, and wire. Malaysia’s labour costs are lower than even China’s, because of their low wage/salary rates and a high degree of automation at Malaysian factories.

And as manufacturing costs have fallen over the past few decades, the price per watt of power produced using solar energy has decreased from $96 in 1976 to just $0.68 in 2016.

Worldwide, governments are starting to wake up to the idea that solar energy on individual homes can help to reduce the amount of fossil fuels we need to burn. The US government currently provides a 30% tax credit on the installation of solar panels, allowing homeowners to write off a large proportion of the cost of their solar system. Canada does not have a federal tax credit program for solar energy, but individual provinces have their own programs: for example, Ontario offers a feed-in tariff program that pays homeowners a fixed price for any electricity they generate, and Quebec’s RenoVert refundable tax credit covers up to 20% of eligible expenses after $2,500 up to a maximum of $10,000.

The UK also offers feed-in tariffs, as do other European countries like Germany, Greece, and Croatia. Various other countries like India and Taiwan are also starting to follow suit, but some, like Ireland, are still to implement such programs – and some, like Japan, have stopped their programs altogether.

The Future of Energy

There is no doubt that burning fossil fuels contributes to climate change and that alternative sources need to be sought. Solar energy is a great candidate for its replacement, but other technologies such as wind, geothermal, and even nuclear allow reductions in emissions. The holy grail of energy production remains nuclear fusion – the same type of reaction that powers the sun itself, which produces huge amounts of clean energy – but technological hurdles still stand in its way.

As technology allows us to update our energy sources, the labour force is going to have to adapt to deal with issues like solar panel installation and maintenance, as well as peak power generation based on demand. Online technology courses that offer electromechanical training will be key ways for workers to update their skills in a fast-moving economy as the switch to renewable energy gathers pace.