This is What a Heartbreak Looks Like According to Fitbit

We know how a heartbreak feels like but what does it look like? Koby Soto knows, and has data to share.  He was having a tough day when his S.O. decided to end things over the phone. It was a traumatic experience for him but when he checked his Fitbit later that day, it revealed how his heart rate skyrocketed. He posted the image below to show it off to a couple of his tech friends. 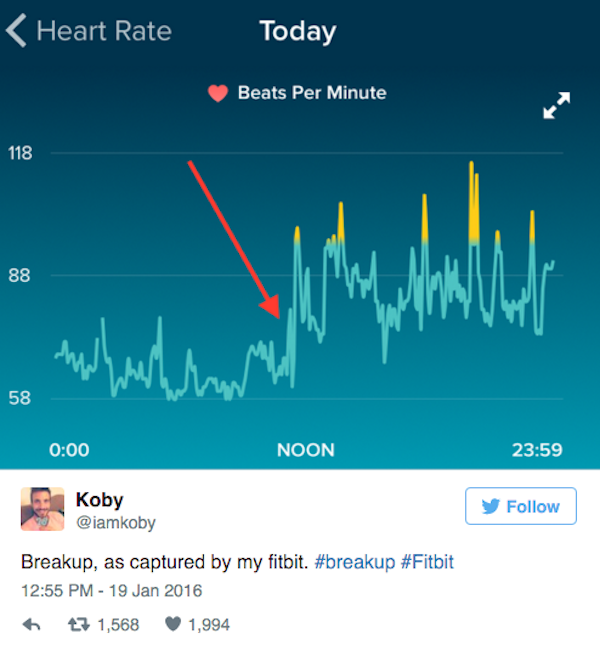 “It’s funny, because [the Fitbit] thought I was working out, but I wasn’t doing anything.” It’s a curious find, as pre-break-up Soto’s heart rate was only 60 BPM, but after the bad news it jumped as high as 120 BPM. “Everyone’s had a breakup, so everyone knows the feeling. It’s interesting to see the literal measurements and not to just talk about emotions.” 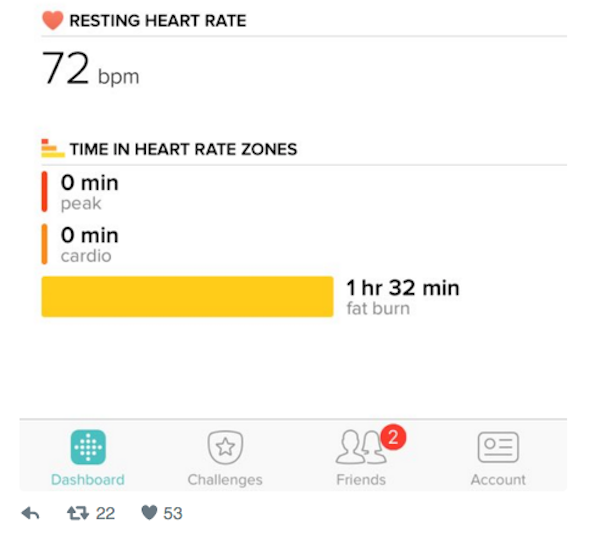 With the development of monitoring and security industry, the competition of access control system is more and more fierce. If manufacturers want to stand out in the competition, they can not only rely on the price war, but must increase the R &amp; D investment of software and hardware, and quickly make changes at any time according to the personalized functions of different users to meet the needs of users.  Read more
TECH NEWS  technology Mar 07, 2021 20:13
More Stories >