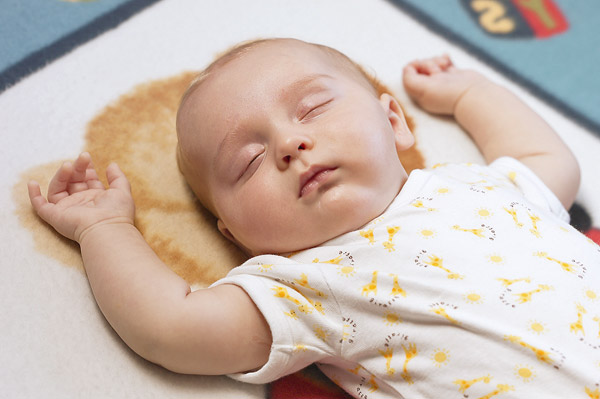 Going to be a parent soon? You may want to think twice before putting your baby to sleep with an infant sleeping machine. A new study suggests that sound-generating devices might help them sleep but it could be harmful to their hearing. .

Canadian researchers have found that when noise machines are used on a regular basis, they can produce sound levels dangerous to infants' ears. This may lead to hearing, speech or learning problems in the future.

"I'm not saying that these devices will cause hearing loss — I'm just saying that they could," said Dr. Blake Papsin, a study author and otolaryngologist-in-chief at The Hospital for Sick Children in Toronto.

Sleep machines that make sounds like rain, birds chirping or a heartbeat may soothe a baby to sleep, but "people are taking a noisy environment and adding more noise to it, without even thinking about the amount," Papsin told LiveScience.

The researchers tested 14 different infant sound machines and measured the sound levels produced from each model at maximum volume and placed them at three distances from where an infant would sleep to simulate its location in a baby's room.

For example, sound levels were checked from 1 foot from the machine, more than 3 feet and at 6.5 feet away.

The results show that the 14 machines produced sound levels that exceeded acceptable noise limits for infants in hospital nurseries. The study published online today (Mar. 3), which will appear in the April issue of the journal Pediatrics.

Regular exposure to these sound volumes may put babies at risk of developing noise-induced hearing loss, according to researchers.

The ear canal of an infant is a little wider and straighter compared to that of an adult. Because of this, it amplifies higher-pitched sounds.

"Most parents assume the sleep machines are safe," Papsin said. And it's common for parents to underestimate how much volume a baby's ears are truly getting, he added.

The best sounds for an infants' ears are things like mom's soothing voice or snuggling close to dad's chest to hear his heartbeat. Papsin suggests the following tips:
[Image via Momtastic]
﻿
How can crypto signals help you make money? Find out more about cryptocurrency predictions!