The Most Unboring Business Card is This Tetris Playing One [VIDEO] 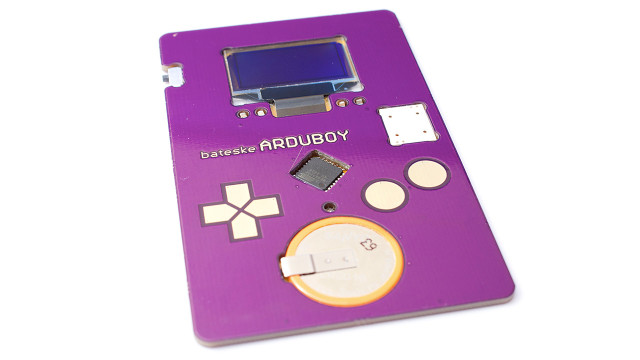 It is tough enough to make good first impressions these days, so how about supplementing it with a cool business card. One that no one will want to throw away and want to talk about all the time. Kevin Bates created this business-card sized Game Boy clone called the Arduboy and it is just 1.6 millimeters thick.

It is based on an Arduino board that has been stripped to allow it to have a capacitive four-way digital controller, a pair of buttons and a miniscule OLED display.

The card is powered by a coin-cell battery and can run for nine hours before it needs a fresh one. You'd better hope you make an indelible impression before the battery runs out!

Bates intends to release the plans and source code to the public for these and even sell them as kits.