Understanding OCD and Living with OCD 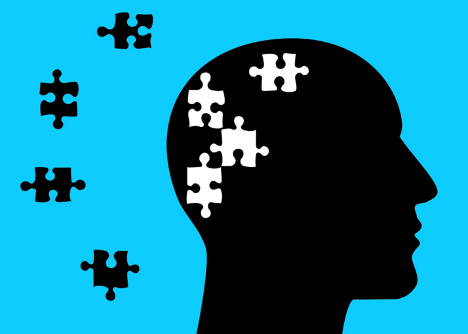 Source: Pixabay No Attribution Required
Obsessive-compulsive disorder, known as OCD, is a serious mental health condition characterized by pervasive and unwanted thoughts, and compulsive actions geared towards quelling those thoughts.
The overpowering nature of the obsessions and compulsions is such that the individual is incapable of functioning normally in day-to-day situations. They are overwhelming, insofar as they interfere with personal and business activity, making it difficult to perform at your best. There are many effective treatments for obsessive compulsive disorder, but we begin with an exploration of the condition and how it affects daily life.
Pervasive Thoughts and Repetitive Actions
With OCD, the anxiety disorder is filled with suffocating thoughts and repetitive behaviors. Such is the burden of this mental health condition that despite the patient's best efforts, it is impossible to counter the thoughts and resist the actions. People with OCD tend to fixate on issues that would be inconsequential to other people. Perhaps after you leave your home, your OCD leads you to believe that you didn't lock the front door. Or, you may be concerned about having left the washer or dryer running? Maybe, the burner wasn't turned off?
It is worth pointing out that people without OCD may indeed be concerned about having locked up, turned off the washer/dryer, or doublechecked that the stove was off, but OCD ratchets these concerns up to fever-pitch levels. Checking once or twice is considered normal, but when OCD is at play, people can check dozens of times, causing tremendous anxiety in the process. The thoughts become so overwhelming that it is virtually impossible to calm one's nerves without checking and rechecking over, and over again. In the absence of effective treatments, living with OCD can become incredibly difficult.
Better Management of OCD is Possible
OCD begins with obsessive thoughts that flood the brain. These unwanted notions generate tremendous anxiety, resulting in a series of compulsive behaviors designed to bring temporary relief to the OCD. Unfortunately, it's a vicious cycle. These obsessive thoughts and compulsive behaviors feed one another, making it impossible to calm down. Like a broken record that gets stuck, OCD forces the individual to fixate on a specific issue ad nauseam. The ritualistic actions which follow don't have the desired effect of calming the OCD. It's like adding fuel to a burning fire.
In order to manage OCD, it's important to understand what is causing the stressors to begin with. There are typically 4 types of OCD categories, namely:

Making life more bearable with OCD begins with identifying the triggers of OCD. This includes the situational experiences, or the intrusive thoughts which occur. People with OCD may have many triggers, but some are worse than others. These should be notated on a sliding scale from 1 to 10, with 10 being the worst and one being the most bearable. The greater the intensity, and the anxiety, the higher the rating. By monitoring the triggers, one can anticipate the consequences (thoughts and actions) for OCD.
There are several approaches to treating OCD, or at least managing it better. Medication and therapy are considered first-line approaches to OCD. SSRIs, SNRIs, and Tricyclic Meds, are effective for balancing brain chemistry levels over time. These medications can help reduce the OCD severity and symptoms, and restore a sense of calm.
Cognitive Behavioral Therapy is a well-respected approach to dealing with OCD. With CBT, Exposure and Response Prevention Techniques (ERP) are often used along with medication for the best possible outcome. On a deeper level, there are assessment criteria used for evaluating OCD, known as the Y-BOCS Test. Since doctors (psychiatrists and licensed mental health professionals) typically diagnose OCD, the Yale-Brown Obsessive Compulsive Scale is an effective way to identify OCD. With OCD, anxiety is at the heart of the disorder. Calming this aspect of OCD is the first step in a long journey towards better management of the mental health condition.
Effective Treatments for OCD
The first line of defense for OCD is medication and therapy. For those patients who don't respond well to medication and therapy, there are non-invasive, pain-free, outpatient based procedures to try. These include OCD medical device treatments such as Deep TMS™. Known as (Deep) Transcranial Magnetic Stimulation, TMS uses powerful magnetic fields in a self-contained helmet-style device to target specific areas of the brain thought to be responsible for OCD.
The treatment targets the anterior singular cortex and the medial prefrontal cortex, and significantly improves OCD symptoms. Deep TMS has been cleared by the FDA as a non-invasive, safe treatment for regulating neural function. There aren't any long-lasting side-effects with Deep TMS, and there are no incisions, no anesthesia, and no hospitalization with this treatment option.
By taking charge of OCD, whether it's with an LMHC, therapist, psychiatrist, or a treatment center, it is possible to manage day-to-day life with this mental health condition.
﻿
5 Ways Workout Tech Can Transform Your Fitness Routine