Since the 1980s, when chiropractic earned its well-deserved place among legitimate medical practices, patients, especially those suffering from lower back issues, have favored it over traditional physical therapy or taxing med-based therapies. Deep-rooted in Ancient Chinese medicine, chiropractic has been used since the dawn of time to alleviate pain. Even more, in his medical treatises, Hippocrates himself described the positive impact of chiropractic techniques on posture. 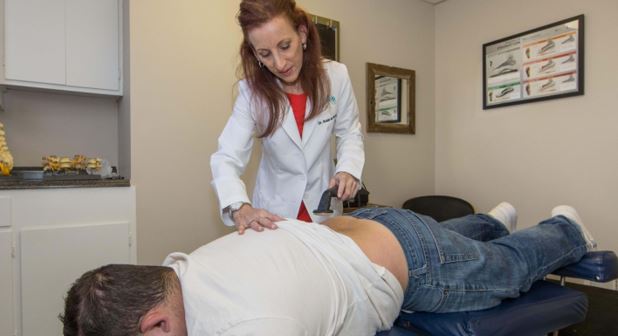 In this article, we are going to discuss various chiropractic treatment techniques and, of course, their benefits.
Chiropractic As a Legitimate Way of Treatment
Although history reveals that chiropractic was being used in Ancient China, Greece, and Egypt for back issues, the credit for inventing the modern form of the practice goes to Daniel David Palmer, a 19th -century scientist and metaphysician. Circa 1890, Palmer, in wanting to merge metaphysics and science, came up with chiropractic.
The esteemed Palmer, who in 1897 opened the world’s first chiropractic clinic in Davenport, found the practice on the premises that the human body works in roughly the same fashion as a steam engine or machine, and that careful manipulation of the parts could result in drug-free pain relief.
Since D.D. Palmer formulated the discipline’s principles, chiropractic came a long way. Nowadays practitioners use anatomically-studied and precise techniques in order to relieve pain or to hasten the patient’s recovery. Below, you will find a list of all the treatment techniques in use and their health benefits.
For more information on chiropractic techniques, such as rates of recovery or types of back issues covered by such treatment, you can visit the specialized platform eChiroPractor.

1. Diversified technique
The diversified technique is inarguably the most popular chiropractic technique. Accounting for 95.8 percent of cases, this method involves the manual manipulation of the spinal cord. The technique, described by a thrust of low amplitude, but high speed, has shown remarkable results in the treatment of joint dysfunctions and the realignment of the spinal cord. The diversified method is also used to improve spinal movement after trauma or major surgery.
2. Atlas Orthogonal technique
Stemming from Palmer’s chiropractic principles, the atlas orthogonal refers to adjusting the atlas vertebra (the first cervical vertebra) by using a percussion instrument. The treatment is based on selective X-Ray scans.
Roy W. Sweat and Frederick M. Vogel, the chiropractors who refined the atlas orthogonal technique in the 70s, noted that this method is the best course of treatment in atlas vertebra subluxation (misalignment of spinal column segments not visible on X-rays).
3. Extremity manipulating/adjusting
The purpose of this technique is to ‘align’ the body’s extremities. Practitioners believe that very much like the spinal column, the extremities are prone, as well, to misalignments. Using manual manipulation, the specialist will realign parts such as elbow, feet, wrists, hands, hips, knees, jaws, and shoulders. This method is thought to be effective in restoring full-body movement after surgery or trauma.
4. Activator Methods, Activator Method Chiropractic Technique
Proposed by Arlan Fuhr, this technique involves the use of a spring-loaded instrument, called an activator, to force-align vertebrae. The device in question delivers low-intensity pulses to the spinal column in order to realign a vertebra. Medical researchers noted that the device was conceived to be powerful enough to move a vertebra without causing permanent injury. The method is used for pain relief in lower back injuries.
5. Graston Technique
Involves the uses of six stainless steel instruments, of various sizes and shapes, to treat disorders pertaining to muscles and connective tissue. David Graston, the chiropractor who patented the eponymous technique, claims to be efficient in eliminating tendon and muscle adhesions.
6. Cox Flexion/Distraction
A slightly gentler chiropractic technique compared to the others, Cox is mostly used to promote spinal self-healing by applying traction to the lower part of the spine.
7. Thompson Technique
Patented by Dr. Clay Thompson in 1957, the technique that bears his name involves adjusting the position of the spinal column by using a tilting table. The device, powered by a pneumatic system, allows the chiropractor to drop sections of the patient’s body quickly. These sections are, according to the technique, intimately associated with the spinal section submitted to a realignment procedure. The Thompson technique can improve flexibility, posture, and, allegedly, triggers the body’s ‘self-healing mechanism.’
8. SOT (Sacro-Occipital technique)
In 1920, Major Bertrand DeJarnette, an engineer, and chiropractor theorized SOT, the Sacro-Occipital Technique. According to his claims, this technique aims to address certain physiological imbalances. Furthermore, DeJarnette’s journal mentions a “closed kinematic chain” between the spinal, cerebrospinal, and the meningeal fluid. By targeting specific body parts, such as the neck, the temporomandibular joint, pelvis, and extremities, a specialist could, reportedly, alleviate pains and force certain organs to heal on their own.
9. Gonstead Technique
Clarence Gonstead, the chiropractor who proposed this technique in 1923, said that this is the preferable and ‘expanded’ alternative to the diversified method. Gonstead’s technique involved the use of various medical imaging devices such as X-Rays to identify vertebral subluxation. The chiropractor has also been credited with the invention of two medical machines: the Gonstead Radiographic Parallel, used to measure vertebral subluxations, and the Nervo-Scope, a machine used to detect the subtle signs of vertebral subluxation by measuring changes in the skin’s temperature.
Conclusion
Chiropractic is a vast field that, as you can see, incorporates elements from medicine, engineering, and physics. Some of these methods might appear to be out of touch with reality, but clinical trials proved that these methods could be efficient in actively treating spinal column issues.
﻿
5 Ways Workout Tech Can Transform Your Fitness Routine