(Don't) Run For Your Life! Why Running Is The Worst Exercise You Can Do

We all have an unhealthy obsession with health in one way or another, but while we all are looking for the best ways of gaining muscle or losing weight, we tend to go for the most popular exercise methods. With everyone that goes on a health kick, the first thing everyone does is go running, thinking that it is automatically going to do us some good.
And then you see people get into it in a big way, running every marathon going, and getting up at 4 a.m. to go for that casual 5-mile run (which, of course, we all do, don't we?). But in trying to do what we think is good for our bodies, are we doing more harm than good? 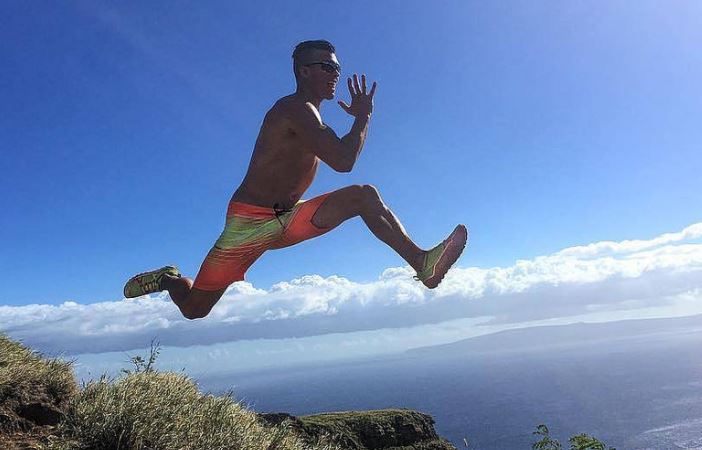 Why Do We Run?

There are two main reasons that we end up going running. The first one is that we think it's a suitable way to burn off our bellies; the second is that it's an easily accessible exercise. We don't have to pay a membership fee to a gym; we just put on some shoes, open the front door, and get out there! But the reality of going running is somewhat different. When it comes to burning calories, running isn't the best way to do it. To put it in perspective, someone that weighs 125 pounds will burn 500 calories on a 5-mile run, this is if you run at a pace of 6 miles an hour. 500 calories isn't a huge amount, in fact, it is the equivalent of two slices of pepperoni pizza. So, how many slices of pizza would you normally eat? To burn off the equivalent of a whole pizza, you would have to run roughly 17.5 miles to burn off that pizza. Does this put it in perspective for you? And, while running is an extremely accessible exercise, this means that when we do set out the door and go for our first run, most of us are doing it wrong. Of course, we know the standard motor functions of putting one foot in front of the other, but there's a lot of things that we are doing wrong. Let's look at your running technique. Do you know if your arms at 90 degrees? Do you notice if your shoulders are hunched or not? And how do you land on your feet, do you land in the middle like you should? Poor running technique is the main cause of injuries. And it's been shown to contribute to long-term health issues, such as osteoarthritis as well as weaken your muscles.

Are We Foolish By Going Running?

Not necessarily! There are plenty of positives to running if you do it right, more of which later. But a lot of people make terrible mistakes going running, not just in running with poor form, but people don't take the adequate safety precautions. You see stories about people running in the middle of the night, or when it's dark, and this is all well and good, if we know we're safe. A lot of us put on our earphones and go running, especially along dangerous roads, which means we are oblivious to traffic. And even if we are “in the zone,” we are not going to notice that car coming up behind us until the last possible second, so you may end up getting a personal injury lawyer on the case if you're not careful. It's not just the poor running technique that we need to watch out for, but everyone else on the road, on the sidewalk, and everywhere else!

So, What Are The Positives Of Running?

Running isn't a complete death trap, there are plenty of benefits, if you do it right. Of course, there are profound effects on your heart, your lungs, as well as it being beneficial for resilience, which any exercise is good for! And this is why you see so many people do marathons, people view it as the ultimate endurance exercise, and in many respects, it is. The feat of running 26 miles is the modern David and Goliath, in many ways. A lot of people take running extremely seriously, and, of course, the amounts of good causes people raise money for, by putting themselves through the mill in this respect, is commendable. People run year in, year  out, and go for as many marathons as they physically can do. The one notable example in recent years is the comedian Eddie Izzard running, running, not just 43 marathons in 51 days in 2009, but 27 marathons in 27 days in 2016. Almost instantly, he went from a comedian to a hero. So, in this respect, running is completely inspiring.

Well, What Can You Do To Exercise?!

While running can have a negative effect on your body, as Eddie Izzard said himself, “Don’t do this at home!” So what else can you do that has a positive effect on your body but without the impact on your joints and muscles? The best exercises that burn calories and build muscle mass are things like resistance training, and lifting heavy weights. There is also a lot to be said about Tabata sprints too, which, it must be noted, is different from running. The idea of doing resistance training is that you'll get your heart going, this is what will have a positive impact on your body overall. High-intensity exercise has been noted in recent years as the best way to lose weight and keep fit, but, much like running, it's all about having the right form. Exercising with weights has been shown to elevate your heart rate quicker, which is what sets everything in motion and will help you lose weight, get fit, do everything that is positive for your body!
Running isn't a terrible exercise, after all, any exercise is good exercise, but with the amount of people that are doing it incorrectly, which can be yourself, you are setting yourself up for a future of aches and pains, and not those good ones you have after the gym!
﻿
5 Ways Workout Tech Can Transform Your Fitness Routine