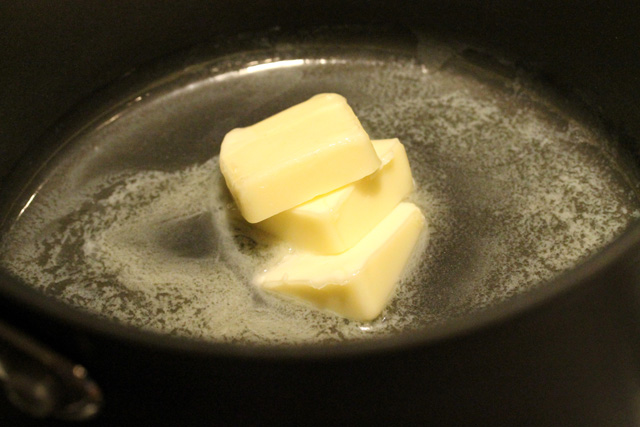 Is butter really unhealthy? After years of cutting down on butter for being too high in fat, the glorious block of yellow is making a comeback.

The Los Angeles Times' David Pierson reported that butter consumption has grown 25% in the last decade, hitting a 40-year-high in 2012.

This renewed acceptance of butter may be due to our growing understanding about the health risks of processed fats, says Pierson.

Butter has been in kitchens and on dining tables for thousands of years, but the dairy product got a bad rap in the second half of the 20th century following observations that saturated fats, found in foods like butter, red meat, and baked goods, could increase the chance of getting heart disease.

Very simply, trans fat, also known as "partially hydrogenated oil," is a man-made fat. But scientists now recognize that trans fat is even worse for the heart than saturated fat, and the Food and Drug Administration has recently taken steps to remove these fats from food products.

Pierson notes that it's now a selling point to slap a "made with real butter" label on cookies and pies.

But if you think about it, with the amount of cooking shows and competitions TV stations are churning, why wouldn't butter be a food star? Every celebrity chef, aspiring chef and TV chef is using butter generously. And it definitely makes many dishes taste so much better.


﻿
Benefits Of Using The Face Wash

We always wish our faces to look clear and without any dirt. And for this washing, your face is awfully essential. Each day our face is exposed to sweat, pollution, dust, and many other things, and just washing our face with water does not completely cleanse our face.  Read more
BEAUTY TIPS  face Apr 11, 2021 13:50
Are N95 masks necessary to wear during COVID-19?

Deciding which kind of mask to wear during Covid is daunting. Depending on your values and interest in the common good, different masks will be more appropriate than others. Research shows that the N95 respirator is the most effective mask for self-protection.   Read more
HEALTH TIPS  N95 masks Apr 07, 2021 18:12
The Best Exercises for Knee Osteoarthritis and Joint Pain

It’s a sad fact but a large proportion of the population lives with pain. For many, it’s the result of trauma or aging. The sad part is that these people think they simply have to endure the pain and make the most of the life they have. In fact, the right exercises can reduce almost any pain in the body.  Read more
HEALTH TIPS  Joint Pain Apr 06, 2021 23:28
More Stories >