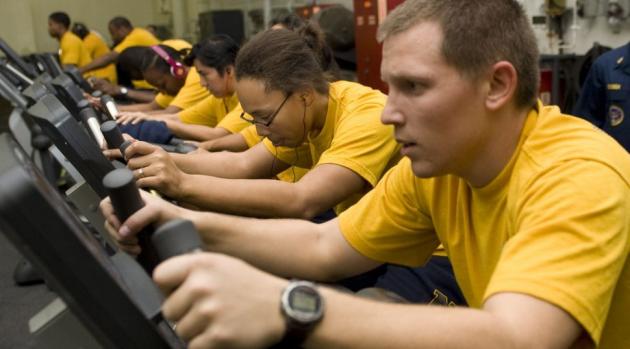 According to new research, telling yourself that you are feeling good and doing well helps a lot when you work out. By telling yourself this, it will keep you from feeling exhausted quickly as scientists say that this tells your brain your body it's tired before your body actually gets tired.

Is fatigue really a state of the mind? Researchers from University of Kent in Canterbury, England, studied two groups of volunteers to check how long they could pedal to the point of exhaustion. One group was told to talk to themselves with motivational phrases like “you’re doing well” and “feeling good”.
Afterward, it was obvious that self-talk had bolstered riders’ feelings and performance.

On one level, these findings indicate that “motivational self-talk improves endurance performance compared to not using it,” said Samuele Marcora, the director of exercise research at the University of Kent and senior author of the study.

“If the point in time at which people stop exercising was determined solely biologically,” he said, self-talk would have no effect. But it did.
So it is positive reinforcement that helps quite a bit. Mind over matter. Is that how those Iron Men do what they do? [The New York Times]
﻿
5 Ways Workout Tech Can Transform Your Fitness Routine