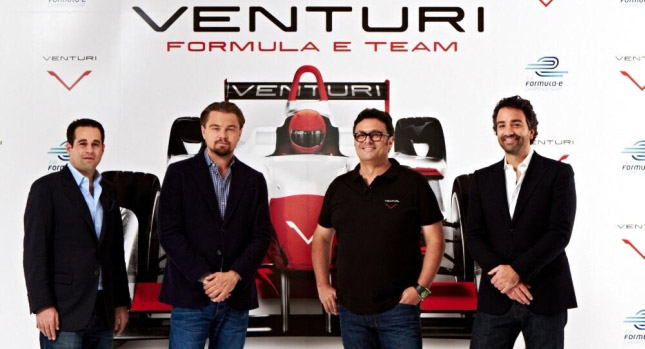 Leonardo DiCaprio is joining forces with Venturi in their quest to get a place on the Formula E grid for 2014. He was quoted saying, "The future of our planet depends on our ability to embrace fuel-efficient, clean-energy vehicles," to which he added that "Venturi Grand Prix has shown tremendous foresight in their decision to create an environmentally friendly racing team, and I am happy to be a part of this effort."

He won't be racing though. He'll probably be dating race car models.

The video posted below is the latest from the official Formula E channel featuring wireless charging and its implications in the racing series.