This Accident Almost Looks Like It Was Part Of A Movie. Watch A Truck Fly. Down. (Video) 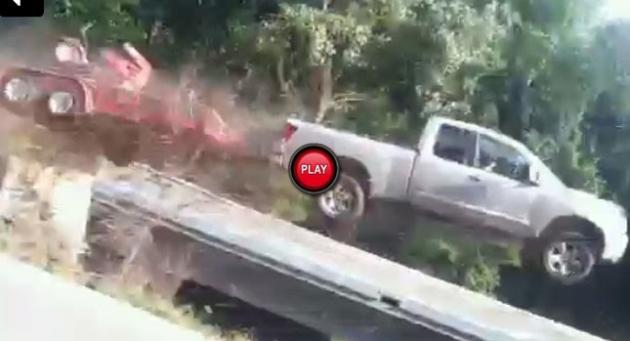 We don't know how this happened, but it's the kind of accidents you think only happen in movies. A Vine user who goes by the name Alex Stack captured the moment when a pickup truck veered into a median and flew over a guardrail.

The crew over at Deadspin found a report about the incident on Michigan's Lansing State Journal which stated that the 59-year old driver of the truck "was conscious and talking with police on the scene" before he was transferred to the hospital.

So no one was hurt. Either way, it's one scene you have to check out.