These Future Car Techs Are Expected by 2020, And They'll Blow Your Mind

Detroit has long been the center of the automotive world. And this year, it hosted its eponymous auto show to much acclaim. Things are moving fast in the industry. Thanks to the exploits of those in Silicon Valley, cars aren’t just cars anymore. They’re customizable computers on wheels. And they’re about to get a lot smarter. At the show, all the major manufacturers were showing off their wares. Chevrolet, Hyundai, and VW were all showing some flavor of autonomous tech. And there were other concepts there too, designed to make waves in personal transportation. It’s clear that the pace of change in automobiles is accelerating. We’re no longer seeing incremental changes now. We’re in a sort of Moore’s law era for cars. 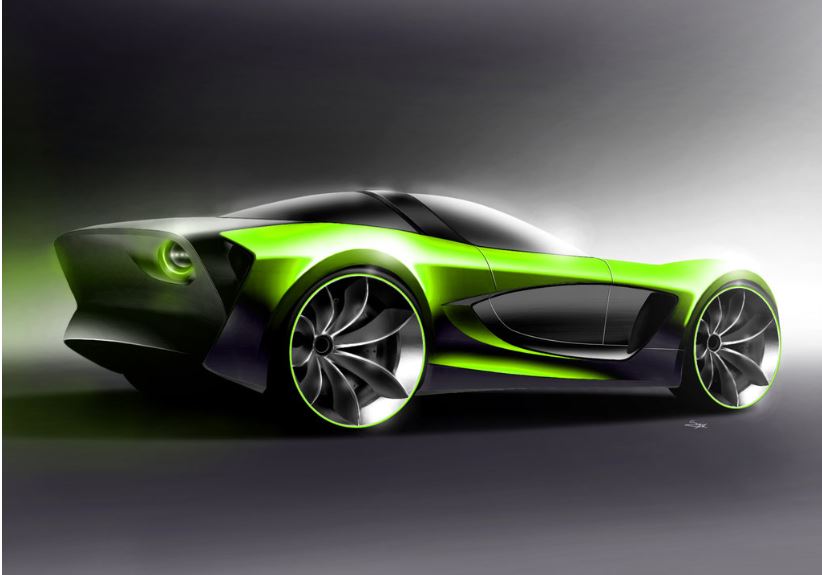 All of this fuss gets the average person thinking. If this is what we have today, what’s tech going to be like in four or five years time? Given the exponential pace of change, that seems to be a worthwhile question. Over the next five years, the auto industry is going to change beyond recognition. New cars are going to start making older cars look dated even faster. And we’re going to get some game-changing tech that will change the industry and our lives, forever. So what’s going to be on the showroom floor in 2020?

We’ve all watched Transformers, wishing that our cars would turn into Bumblebee. But alas, that is never going to happen. Or is it? Imagine this for a second. You get home from work on a Friday evening. And you think to yourself - Gee whizz, I want to go camping with the kids. You look at your supermini parked on the drive that you use for commuting to work. That won’t do. It’s far too small to fit all the kid’s luggage and so on. So you push a button and then viola! Extra panels come out of the bodywork and turn it into an SUV. I wouldn’t hold out for this one anytime soon. But it could happen.

Think back fifteen years to what life was like when you went online. (And in the past online was somewhere you went, not somewhere you always reside). You had to dial up, wait for the modem to do its thing. And then, finally, you’d be online. Once you got there, there wasn’t much in the way of advertising. That was dominated by the big TV networks. There certainly wasn’t much, if any, personalized advertising. But now, things are rather different. We’ve got personalized marketing galore. It’s all over your Gmail and Facebook. It’s even on your Flipboard. And since our cars are soon going to be the new smartphone, it’s coming to the cabin as well.

Imagine this: you’re driving down the road, and beep! Suddenly an advert comes up telling you the burger chain you like is a mile ahead. Fancy stopping? I bet you do. Platforms, like Google, want to get inside your car. From there, they can give you personalized, location-specific ads that can benefit you. It all sounds rather dystopian. But you’ll be able to turn it off like you can on your phone. You can turn it off on your phone, right?

A few years ago Time magazine got all excited by the idea that we could all have a breathalyzer in our car. It would, they said, stop drink driving in the US. People with too much alcohol in their systems would not be able to start their cars. And, hence, thousands of road deaths would be prevented every year.

But these breathalyzers might actually be a good thing for consumers. DUI and DWAI are serious offenses. And they can get people put in jail, even for a first offense. They can also result in people losing their driving privileges and their jobs. See Rogers & Moss for info.

But now the tech industry is on the case. They want to put a breathalyzer in every car in the form of a sensor that senses alcohol through your skin. You won’t literally have to blow into a tube if you want to start your car. All you’ll have to do is put your finger on the sensor, which will probably go on the steering wheel. If you’re over the limit, the car doesn’t move. If you’re under it, off you go. Simple.

If you stretch your imagination, you can view your car as a gigantic wearable. Cars are what wearables would look like if computers had never gotten smaller. You would be enveloped by them. Fortunately, wearables did get smaller. And the first market to capture them was fitness and personalized health.

Now carmakers want to get in on the act too. Ford just floated the idea of a seatbelt that could keep track of your vital signs. Driving involves a lot of sitting. And people and sitting for long periods don’t go well together. Elderly people and sitting in cars work well together even less. So Ford thinks it's a good idea to monitor how they’re doing. If they’re not well, the car could then automatically call for an ambulance. And if it was autonomous, it could take over control of the vehicle and park in a safe place off the road.

Cars are already pretty hard to steal. You really need to know what you’re doing if you want to pull off with somebody else’s car without the keys. But car manufacturers are always looking to improve on that which is already good. And they’re doing just that with the idea of a remote off switch. Cars, connected to the internet, could just be turned off via a master key. The criminals would then just have to dump it, before being rounded up by the cops.

Of course, this sort of thing is going to make TV a lot more boring. In the future, there won’t be any car chase shows. We’ll be watching endless reruns of when people actually did get chased by police helicopters in 2016. 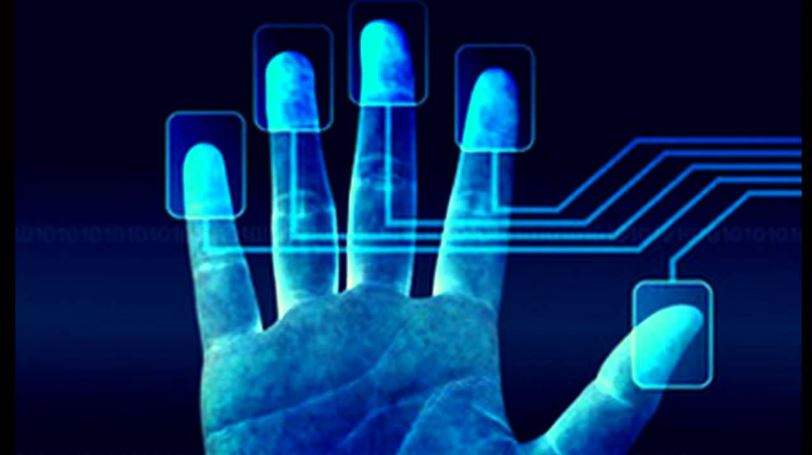 Speaking of making it difficult to steal a person’s car, how about biometric keys? We’ve already seen the move away from keys to wireless vehicle access. But in the future, we may just be able to open our cars with the touch of our genetically unique hands. Again, we’re seeing cars being turned into smartphones. Most of us already have a phone with a fingerprint scanner. And those are certainly an improvement over unlocking screen passwords.

You knew this one was coming. And it’s by far the biggest thing we’re likely to see over the next five years. Most technologists believe that autonomous cars will be feasible by 2020. And some, like Elon Musk, has announced fully autonomous cars will be hitting forecourts by 2018. This should come as no surprise to anybody who has been following developments in the technology. It’s already pretty good as it stands. Both Tesla and Google have working prototypes. It’s just a question of ironing out a couple of problems involving the rain and driving at night. And then both vehicles should be good to go. 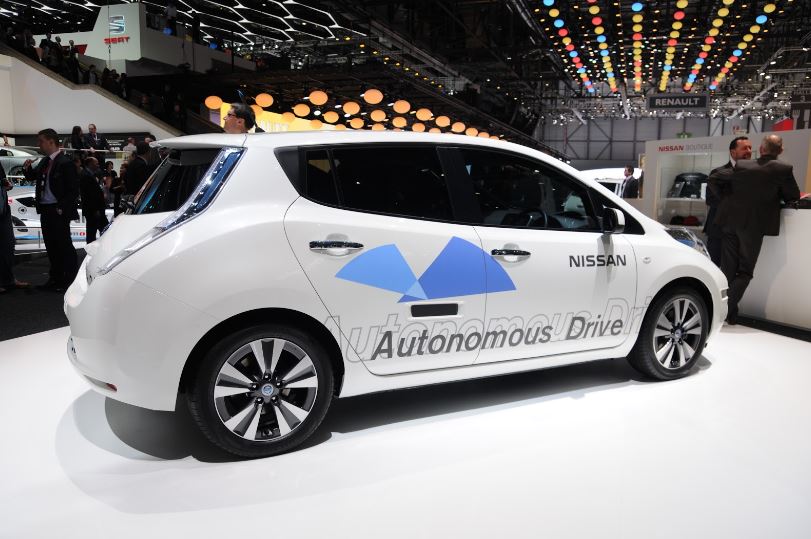 But of course, autonomous vehicles still aren’t a major topic of conversation among the wider public. And the general implications of the technology have not been widely imbibed. Like the internet, autonomous cars are going to be game-changing. They’re going to change the way we work, who owns cars and how our cities are arranged. And, importantly, they’re going to make our lives more convenient.

The dominos that fall when you consider a car that can drive itself are truly staggering. Here’s just a few.

It’s the end of all jobs related to driving. That includes taxi drivers, truck drivers and maybe bus drivers, depending on the unions.

In the future, there will be far fewer accidents, thanks to the fact that AI doesn’t get tired. And if you do crash, you probably won’t be to blame.

And finally, it means an end to car ownership. Why bother buying a car when you can call Uber and get one of their AI cars to pick you up?

This one is, of course, related to autonomy. But it’s unlikely we’re going to see universal autonomy in all new cars by 2020. That’s a 2030s scenario. But by 2020, we’re likely to see global driver override systems. Systems that brake if they believe the car is going to crash could override a driver, for instance. Even if the driver has their pedal to the floor, if the car thinks it’s going to crash, it will stop.
﻿
4 Ways To Ensure Safe Off-Road Driving