Some of you may remember that Suzuki filed for bankruptcy in the United States back in 2012. The Japanese firm still sells motorcycles and marine products here. But you won’t find any new Suzuki cars for sale in America.

The news isn’t so bad for the rest of the world. Across the Atlantic, Europe is one of Suzuki’s biggest markets. Ahead of the 2014 Paris Motor Show in October, Suzuki have unveiled the new 2015 Vitara SUV. It’s a pretty awesome new model, but don’t just take my word for it! Here are some of the reasons why: 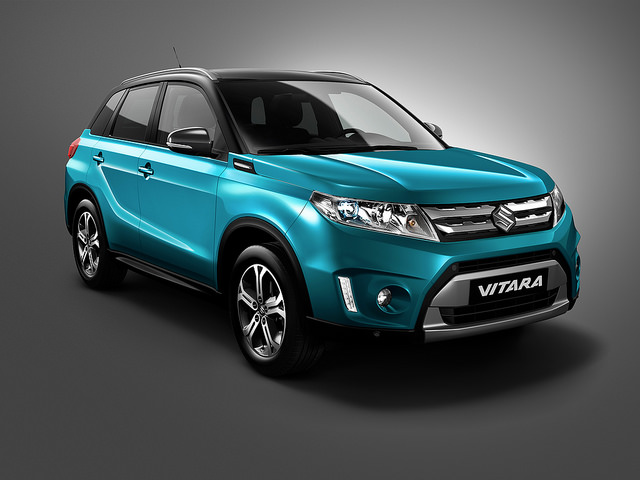 It’s based on the iV-4 concept

If you are a follower of automotive news, you will think that you’ve seen the new 2015 Suzuki Vitara somewhere else before. Your thoughts are correct, because it is pretty much based on the iV-4 concept from 2013!

The concept car got unveiled at the Frankfurt Motor Show at the time. According to Suzuki, its name has the following meaning:
We all know that car makers love to produce a lot of marketing hype for their cars. And let’s face it; the Suzuki iV-4 is a better name for a concept than “Suzuki 4x4 car”!

It has radical new styling

As you can see from the official press image, the new 2015 Suzuki Vitara has matured well over the years. The well-sculpted front end gives the Vitara a fresh and modern look. Meanwhile, the two-tone paint job gives the SUV an air of exclusivity.

There is no doubt in anyone’s minds about the new Vitara. It looks super slick and ready to tackle many of today’s motoring challenges. There is a growing market for people that want a stylish and capable SUV without paying BMW X5 money for it. And the new Vitara is a good contender for that market.

The reasoning behind the makeover

RRG Suzuki tells me that the Japanese car maker are keeping quiet about this new release. At least, just until the Paris Motor Show.

But to analyze the reasons why the design of the new Vitara is so different to its predecessors, we have to see what they look like. To coin a popular phrase used by our friends in the UK, the previous models looked “cheap and cheerful.”

In other words, they were only aimed at people that wanted an SUV from the lower end of the market. Looking at the styling cues for the new Vitara, it seems that Suzuki want their flagship model to be a serious contender in the SUV market.

Although we won’t see this new model here in the US, it looks like it will be a big hit over in Europe and other markets.