How well do you remember about events that occurred back in February this year? On the 12th, a mysterious sinkhole appeared at the National Corvette Museum in Bowling Green, KY.

It measured 45 feet in width, 60 feet in length and was 30 feet deep. The sinkhole occurred underneath the Skydrome area of the museum.

A video of the event got uploaded to YouTube, and it got viewed over 8 million times! 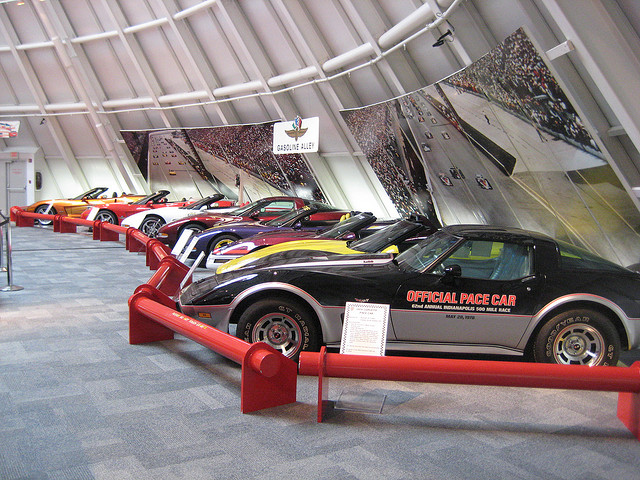 According to museum officials, a total of eight historic Corvettes got swallowed up by the sinkhole. Two of those cars, a 1993 ZR-1 Spyder and a 2009 ZR1 Blue Devil concept car, were on loan to the museum by General Motors. The rest were all owned by the museum.

About a month after the sinkhole appeared, the first of the eight cars, the 2009 ZR1 Blue Devil concept car, got recovered. By April 9, all eight cars got removed from the sinkhole.

Experts later checked the museum before declaring it safe to reopen. Ever since then, visitor numbers spiked by 70%. Thousands of curious museum-goers have visited, hoping to catch a glimpse of the sinkhole. The museum also put the wrecked cars on display as part of a special exhibit.

Some industry analysts estimate the total cost of damage to all eight cars is in the region of $1 million.

The sinkhole: keep it or fill it?

The National Corvette Museum have been debating whether to leave the sinkhole as it is or to fill it in.

Part of the discussion involved filling in only part of the sinkhole and keeping it as a visitor ‘attraction.’ But the museum stated it would cost $1 million more to do so.

In the end, officials at the museum decided to fill the sinkhole in. They are not prepared to say how much this would cost. Museum officials expect the renovation work to begin in November 2014.

Out of the eight damaged cars, only three can get restored back to their former glory.

According to Motorline Direct, the museum and General Motors will restore three iconic examples.

Chevrolet, the brand behind the Corvette, will restore the 2009 ZR1 Blue Devil concept car which it loaned to the museum. They will also restore a 1992 convertible that happens to be the millionth model produced.

A third car, a 1962 Corvette owned by the museum, will also get restored by Chevrolet but under the watchful eye of the museum. The mangled wrecks of the remaining five Corvettes will be on display for historical reasons.

“Our goal was to help the National Corvette Museum recover from a terrible natural disaster.” He also added that, as the cars got removed from the sinkhole, it soon became clear that not all of them could get restored.

Mr. Reuss even described how scores of Corvette enthusiasts didn’t want all of the affected models restored. Doing so would “negate the significance of what happened.”
﻿
Shopping for the best auto parts to help you car enjoy a long life