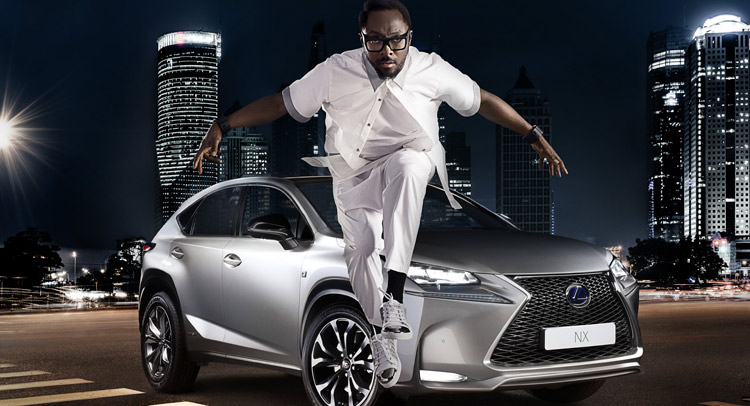 Will.i.am is now promoting cars. Lexus Europe announced a partnership with the musician who will be working with the brand to promote its “provocative design and technology” as part of its Striking Angles campaign to launch the new Lexus NX.

The collaboration will feature music, design and technology and part of the overall campaign, he will design his own limited edition take on the NX and will star in its latest commercial.

“Whatever I do I want it to be striking, I want to innovate and revolutionize and my partnership with Lexus on the Striking Angles campaign is no different. Inspired by a shared philosophy in design, we’ve been able to work together on a multi-faceted campaign that will challenge design conventions and fuel people’s imaginations,” will.i.am said.