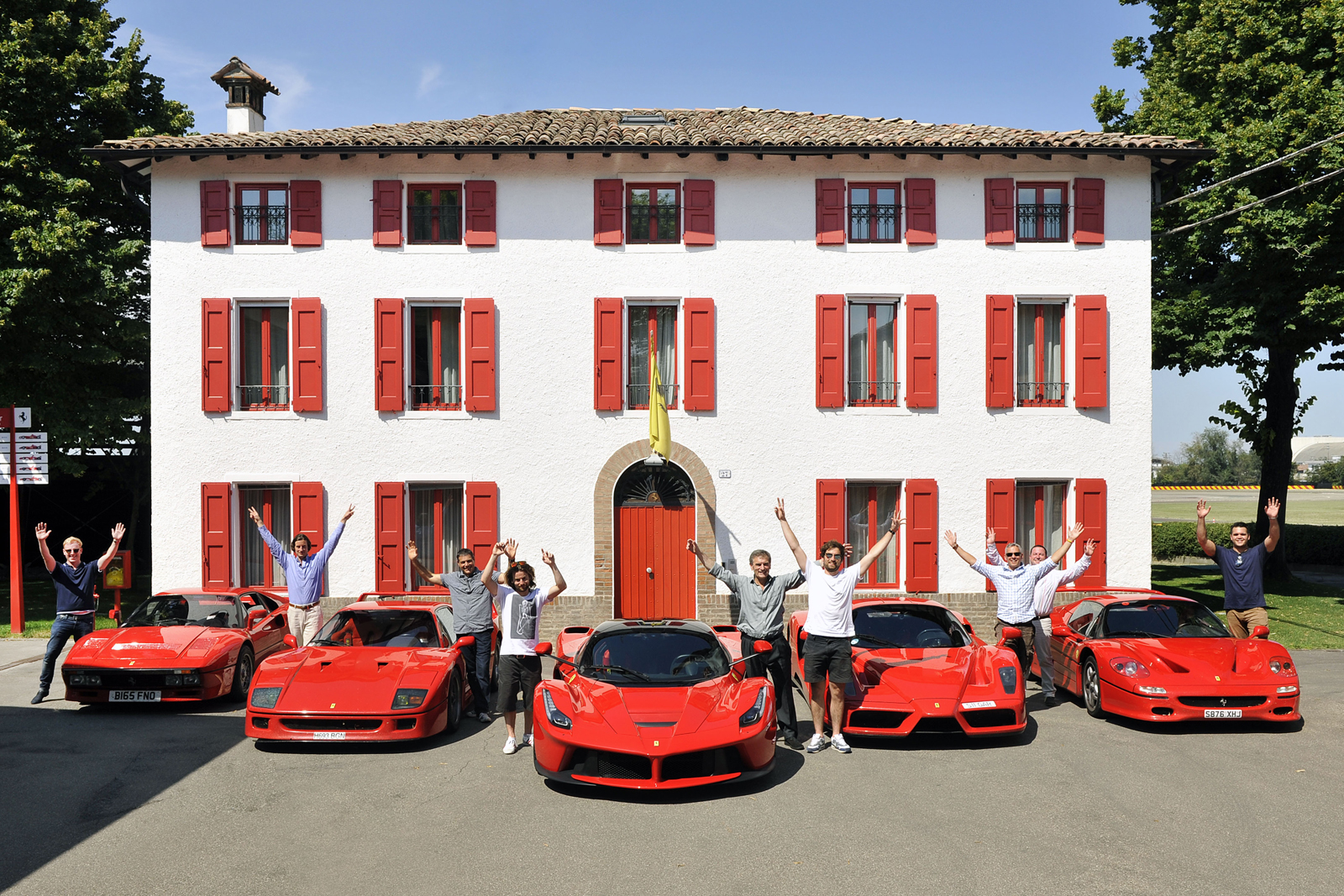 A Ferrari collector, who owns a 288 GTO, F40, F50 and Enzo thought of a spectacular road trip involving all them to collect his LaFerrari.

Together with his two children and a group of friends, he drove all the way from London to Maranello in a 288 GTO, an F40, an F50 and an Enzo. Before returning to England in a convoy that included the LaFerrari, Hunt said:

“Ferraris are the ultimate sports cars as far as I’m concerned. I love driving them all, each one is different. I’ve clocked up over 60,000 km (37,282 miles) in the Enzo alone, for example.”