Next Generation Subaru Impreza to Get Styling Cues from WRX Concept 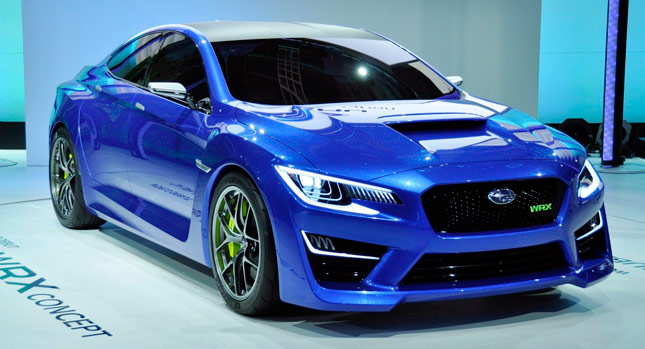 The all-new WRX and WRX STI did not have too much in common with the Subaru WRX concept when it debuted (pictured). The study's styling could be implemented in the next generation Impreza though.

According to insiders, the next Impreza is scheduled for a 2016 release and will feature design cues from the concept.

“Yes, we have taken the next-generation Impreza’s design in a new direction that we are sure will excite the marketplace,” Subaru chief designer Mamoru Ishii told Auto Express. He added that some of the study’s key proportions will transfer to the next WRX as well.

“We are planning to give the lower section below the hip line a wider, more substantial stance and narrow up the roof section,” Ishii said. The next-generation Impreza will thus feature a bolder lower body and a more tapered greenhouse, similar to the WRX Concept.