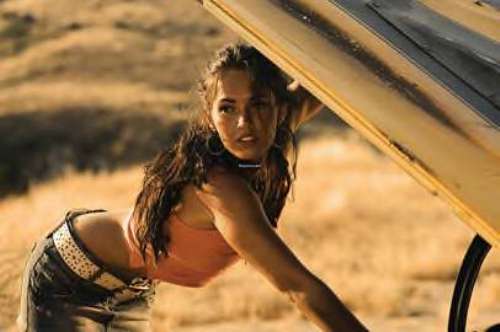 There is a female-friendly garage near Paris and it will offer manicures and massages to customers waiting for their mechanic services. Your car won't be fixed by Megan Fox though.

Business has been strong at Only Girls, according to The Telegraph:
Only Girls, in the suburb of Saint-Ouen-l'Aumone, caters to women who feel they have been taken for a ride by male mechanics who bet on them showing little interest in what goes on beneath the bonnet....Just one month since opening, Only Girls has seen 40 customers, two-thirds of them women, with most appreciative of the tailor-made service.
The garage is almost like a spa. It has a children's playroom, hardwood floors, flickering candles and velvet sofas.
[Mechanic] Aurore Dabireau said the macho world of car repair had put a spanner in the works of her career, despite a degree in auto mechanics. "Garage owners are sceptical (about hiring me), and I've often been told, 'you've got no place here'," she said.
Only Girls is one of two such garages in France; another is in Montpellier.
For some feminist critics, like blogger Sophie Gourian, the trend is more a shallow marketing ploy than a reflection of women's lib. "The whole discourse behind this is really pretty old-fashioned, based on stereotypes" suggesting that women are "a bit daft", she says.
Sounds like a brilliant service. After all, women drive too!
﻿
9 advantages of buying a used car instead of new