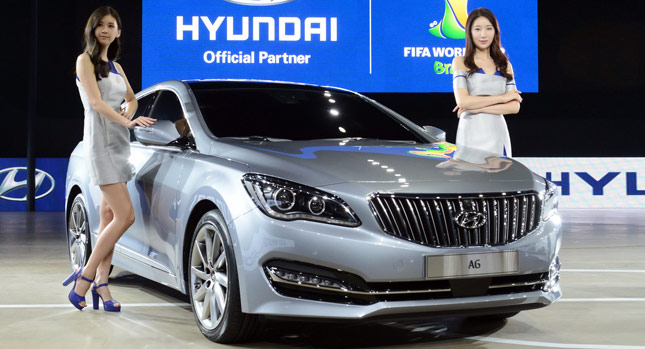 Hyundai premiered two new models at the 2014 Busan International Motor Show including the all-new AG premium large sedan and the revised Grandeur. The new AG is scheduled to debut in Korea later this year between the Grandeur and Genesis sedan.

The AG will "offer quiet and sophisticated driving comfort, while adopting a series of advanced convenience features", while the Grandeur will offer a more refined, almost Teutonic look combined with an upright face.

Other enhancements for the 2015 Grandeur include the revised motor-driven power steering system, and added standard content such as the Blind Spot Detection (BSD), Front Collision Warning System (FCWS), and Lane Departure Warning System (LDWS) systems.
﻿
Shopping for the best auto parts to help you car enjoy a long life