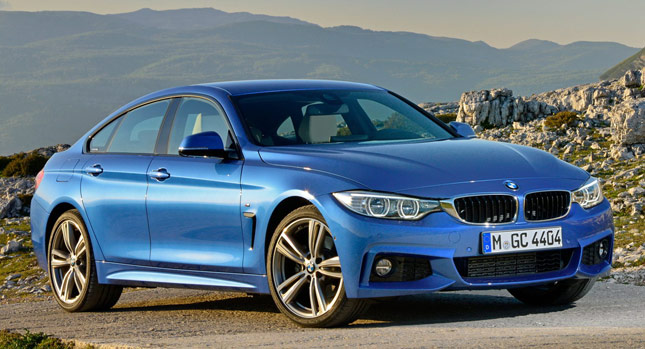 BMW showed off the 4-Series Gran Coupe ahead of its debut in Europe, showing off a more expensive and stylish alternative to the 3-Series Sedan. It is offered with three special equipment packages - the M Sport package and the BMW Individual program.

The BMW 4-Series Gran Coupe is offered with five engines in Europe: three petrol units and two diesels. The top of the line is the 435i and is powered by a twin-turbocharged 3.0 liter six-cylinder in-line petrol engine producing 302hp.