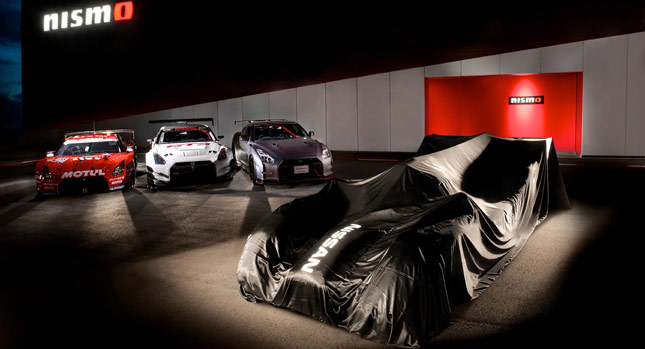 Nissan is preparing its GT-R LM Nismo for the Le Mans 24 Hours race. It will compete against Audi,Porsche and Toyota in the top LM P1 category. The main objective is to win the world's most important endurance race.

Nissan said it will enter two prototypes under the GT-R LM Nismo nameplate as a tribute to the company’s flagship road car.

“We want to win in a very different way to that of our rivals. We won’t be turning up in a vehicle which is a basically another hybrid that looks like another Porsche, Audi or Toyota - they all look the same to me - our intention is to do something that is a little bit different,” said Andy Palmer, Nissan’s Chief Planning Office & Executive Vice-President.

“Believe me, I think this is the car that will go down in the annals of time and be one of those cars which will be long remembered, not only for the fact that it will have won Le Mans but also that it reset the real meaning of Nismo as a link between success on the track and success on the road,” said a confident Palmer.