Cops Give Guy a Break Because he has a "Bad Motherf@cker" Wallet! 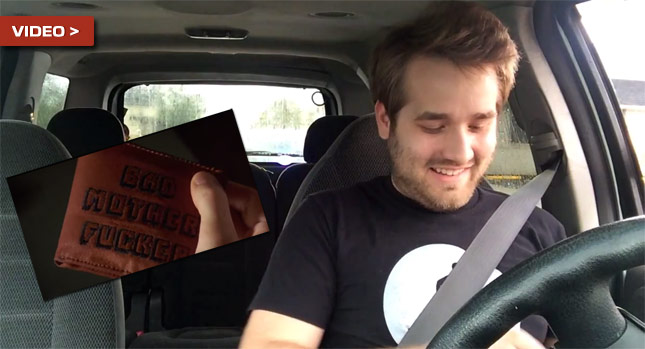 Just like Pulp Fiction, but in real life! A cop let a driver go without a ticket after stopping him for running a red light because he carried a "Bad Motherfucker" wallet. It helped that he was also polite and honest too.

This is Nicholas Serra's dashcam video, recording the incident.

"My 'Bad Motherfucker' wallet saves me from another traffic citation," wrote Serra on YouTube. "While cruising around after a big storm, Youngstown police officers in an unmarked car see me treat a red light as if it were a stop sign. In my 02 Explorer I have a Havis police console with police/fire scanner and an amateur radio transceiver."

When the officers approached him and told him that the reason why they stopped him was because he went through a red light, Serra said: "Ah…I'm not even going to lie man, I go through all the time, I didn’t know you were a cop."