Mini is one of the world’s most iconic brands and the 2014 model looks set to bring the badge even further acclaim. Mini has enjoyed one of the most popular re-launches ever, with BMW remaining faithful to the brand’s design concepts, whilst adding large dose of luxury and engineering quality.

Just like the similarly successful Fiat 500, the Mini seems to be venturing into larger SUV type territory. The latest incarnation of the Mini is a vast 77cm longer than the original, and a good deal longer and wider than its modern predecessor. The car exudes a sense of road holding bulk and is perhaps beginning to enter a new kind of territory which could be labelled ‘executive hatchback’.

Three models will be made available initially: the 1.5litre petrol engine, a 1.5litre diesel, and the supercharged 2litre Mini Cooper S, which produces around 189bhp. The Mini Cooper S is particularly exciting as a ‘hot hatch’, with an engine taken form the BMW 3 Series. The Cooper S seems significantly bulkier than rivals such as the Fiesta ST, the Corsa VXR and the Clio.

Craig Gray, Service Centre Manager at CarShop, explained that the new Mini is a marked improvement on the old models - and believes the car’s technology keeps advancing year after year.

The chassis feeds back just enough to the driver, putting you at the heart of the driving experience and the Variable Damper Control allows you the comfort of soft suspension or the sportiness of hard suspension. The cutting edge DSC stability control giving you optimum traction when needed, without infringing on the experience. 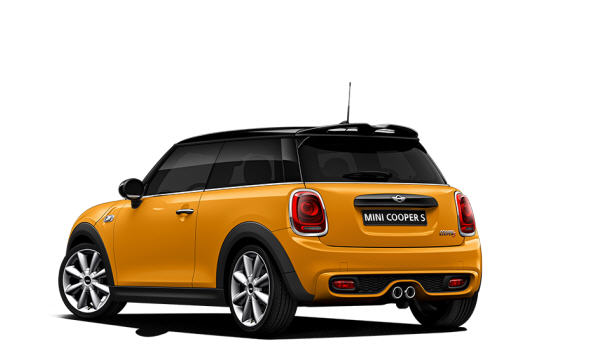 On the practical side, the Cooper S achieves just less than 50mpg from a 2litre turbo charged engine. For more frugal drivers the 1.5 diesel seems perfect; the Mini Cooper D notches up around 114bhp and will return huge mpg figures.

The interior of the new Mini is both clean and intricate – a quality few designers seem to achieve. The dashboard is multi-dimensional with an array of traditional circular dials and a space-age centre console.

Despite being bigger, the new Minis certainly aren’t clumsy. They have a bit more definition around the windows, whilst retaining the prominent bonnet and rear. The design and drive are both excellent and true to the original; an ethic which has been central to the Mini’s success under BMW.

Hard core Mini fans of all ages might want to test their expertise with this quiz.
﻿
9 advantages of buying a used car instead of new