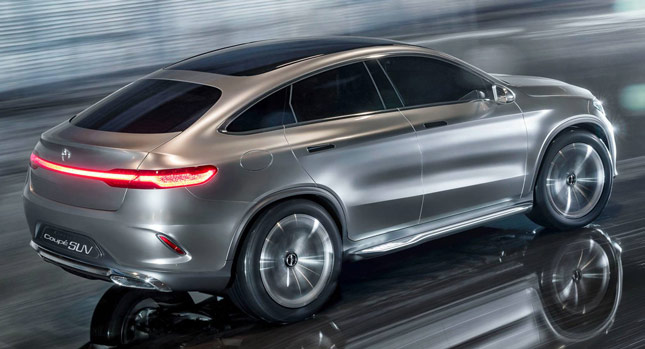 Mercedes-Benz's Concept Coupe is a thinly disguised version of an upcoming production SUV from Mercedes based on the ML-Class's underpinnings that will bring the fight to BMW's X6.

The automaker announced the concept during the Annual Shareholder's Meeting of Daimler AG in Berlin. Boss Dieter Zetsche said, "With the Concept Coupé SUV we aim to secure new customers by opening up new segments for Mercedes-Benz. We see a great deal of potential for Mercedes-Benz in the combination of coupé and SUV."