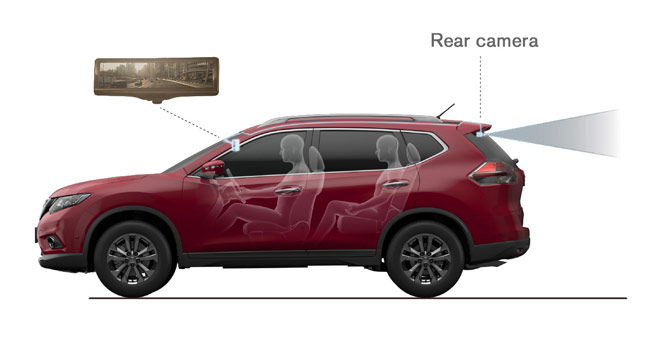 Nissan will show off their U.S. debut of its Smart Rearview Mirror at the New York Auto Show next week. The technology is the world's first LCD monitor that provides clear rearward visibility unimpeded by obstacles like tall passengers, weather or the design of the vehicle.

Smart Rearview Mirror, which allows the driver to switch between the LCD monitor and the traditional rearview mirror, will be showcased on the 2014 Rogue.

A high-resolution camera mounted on the rear of the vehicle provides the driver with a clear, unobstructed view of the rear flanks, avoiding traditional rearview obstructions such as the vehicle’s C-pillars.

Check out the tech in the video below: