There Could be Massive Recalls Driven by Modular Platforms 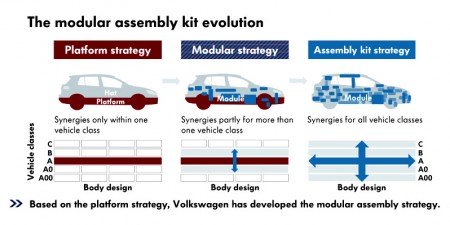 Are modular platforms better? Or do they result in more faults in engineering? News of Toyota recalling more than 6.4 million vehicles sounds massive, but it in the future, many different cars will be sharing parts, making that number a new low.
Volkswagen's MQB architecture is an oft-cited example of this, largely because it takes a holistic approach to modularity. Much like Lego bricks, different "modules" can be assembled to create different vehicles. MQB is capable of spawning everything from a B-segment Volkswagen Polo to a D-segment Volkswagen Passat to an Audi TT sports car to a Volkswagen Touran minivan. Only a small number of "hard points" like the dimension from the center line of the front wheel to the pedal box, or the engine mounts, are fixed.

Within these modules are a high level of common parts, designed to be used across the entire range of MQB vehicles. This can include everything from whole powertrains to braking systems to smaller components that could be shared across a range of small to mid-size vehicles – which is, in theory, a truly vast quantity.
One point stated was, modular engineering may sound great, but if an automaker like Volkswagen for example gets a bad batch of widgets from a supplier, the impact could be enormous.