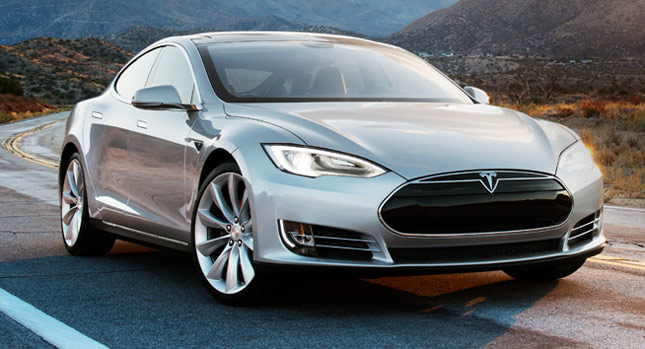 Tesla will retrofit the Model S with shields, free of charge, upon request when you take the car in for service with additional battery shields.

They will also provide an over the air software update to increase the default ground clearance of the Model S at highway speeds.

The three layer protection starts with a hollow aluminum bar designed to deflect objects entirely or absorb the impact. It is followed by a titanium plate said to have strength to weight properties similar to aerospace and military applications. The third protective layer is a shallow angle, solid aluminum extrusion that further absorbs impact energy.

"In total, the shields only have a 0.1 percent impact on range and don’t affect ride or handling. Wind tunnel testing shows no discernible change in drag or lift on the car," Tesla founder Elon Musk said,

Musk went on to say that, Tesla has performed rigorous tests and the plates have proved to work as designed.

"During the course of 152 vehicle level tests, the shields prevented any damage that could cause a fire or penetrate the existing quarter inch of ballistic grade aluminum armor plate that already protects the battery pack," explained Musk. "We have tried every worst case debris impact we can think of, including hardened steel structures set in the ideal position for a piking event, essentially equivalent to driving a car at highway speed into a steel spear braced on the tarmac.