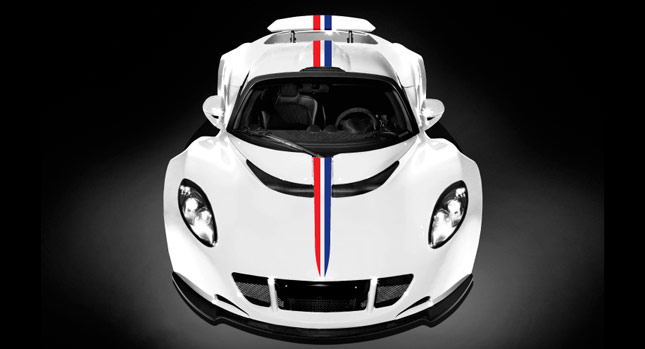 Hennessey Performance shows off their Venom GT in stripes in a limited run version named "World's Fastest Edition", or WFE.

The only thing that Hennessey added to the WFE is the red, white and blue livery representing the American flag, laid out on a white body.

“The Venom GT is America’s supercar and it broke 270 mph on the same runway where the Space Shuttle landed at the Kennedy Space Center,” said company boss John Hennessey. “We wanted to offer a special paint scheme that would incorporate the colors of the American flag—the same flag we flew on the Space Shuttle runway. Thus, our special livery package includes a body in white with red and blue stripes.”

It's too late to buy one, because they've all been spoken for already.