Peugeot 308 with 130HP 3-Cyl. Turbo Petrol Has Economy Record on the Track 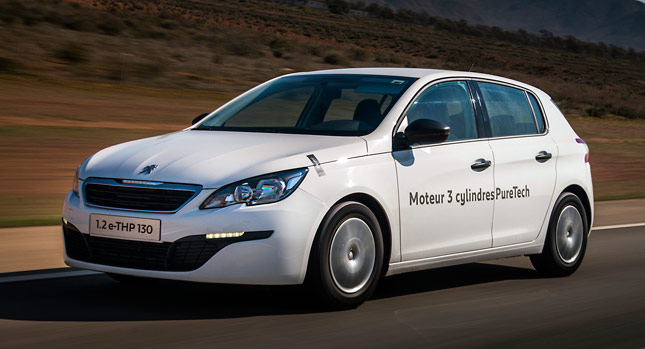 Peugeot has set a fuel consumption record for its 308 equipped with the new 130hp 1.2 liter PureTech three cylinder turbo petrol engine. It can cover 1,810 kilometers on a single tank, and has an average fuel consumption of 2.85 l/100 km. The carmaker says is has achieved this figure using a standard production 308 hatchback.

The record, however, was set on a track and not in regular traffic conditions. It covered the entire distance on the Almeria circuit in Spain under the supervision of the French test authotrity UTAC.