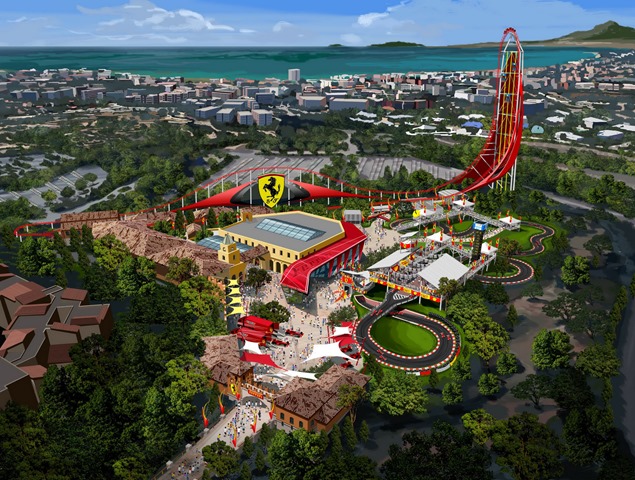 One day, you're going to want to visit the Ferrari Theme Park. Abu Dhabi has one already. Now Europe is getting it too. The automaker announced that they sold the licensing rights for a new theme part and hotel to a company called PortAventura Entertainment S.A.U. They will build Ferrari Land inside the resort and will be located in Spain.

Ferrari Land will be huge. Massive actually, covering some 807,293 sq. ft. It will be a third of the Abu Dhabi Ferrari World Theme Park size though (2.15 million sq.ft).

The Ferrari-themed hotel that will be built inside the PortAventura resort, which currently welcomes around 4,000,000 visitors a year, will be "a luxury five-star establishment with 250 rooms, restaurants and a driving simulator," according to a statement from the Italian company.

The theme park is set to open in 2016, and the project will involve an overall investment of €100 million (about US$139 million at today's currency rates).

“After the success of Ferrari World in Abu Dhabi, we received many, many requests to develop new amusement parks," said Ferrari CEO Andrea Perrone.

"We carefully sifted through the various proposals and decided to accept Investindustrial’s because it is a very solid plan developed by competent people that will bring the magic of Ferrari to Spain, a nation where we have many supporters and enthusiasts, and to which large numbers of tourists flock each year, in part thanks to PortAventura," he added. 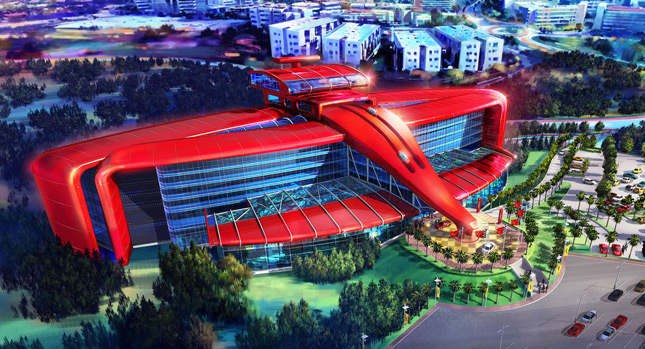 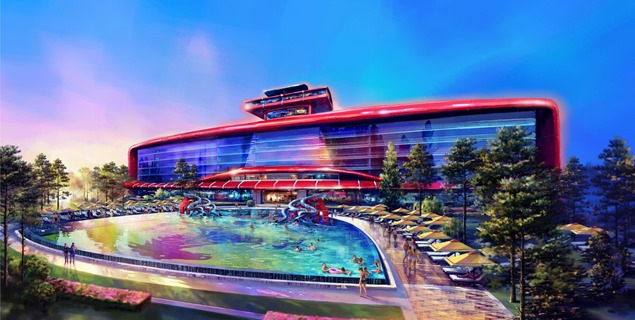