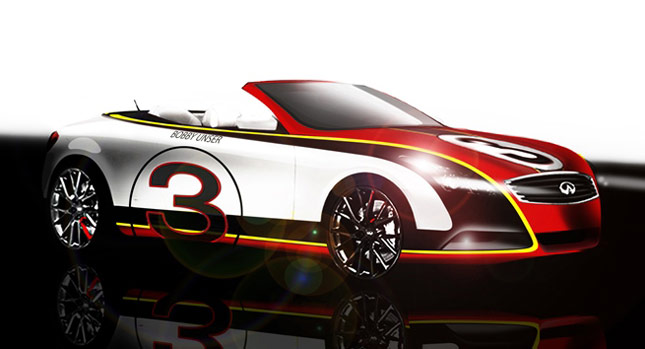 Infiniti will sponsor the Media Center for the Amelia Island Concours d’Elegance (March 7-9, 2014) and this year, they will honor special Offenhauser-powered race cars, by paying tribute with a one-off Q60 Convertible. in honor of the 1968 Indy 500 race winning car, an Offenhauser-powered Eagle.

The one-off Q60 Convertible was designed under the guidance of Infiniti worldwide design director Alfonso Albaisa. The car features a special wrap featuring a striking red, yellow, black and white design finished with the number three found on the winning car.

The car will be driven by Bobby Unser throughout the weekend and will be displayed near the Infiniti Pavilion Display next to the 1968 Indy 500 winning race car.
﻿
4 Ways To Ensure Safe Off-Road Driving