Opel Shows off Adams at the Geneva Motor Show 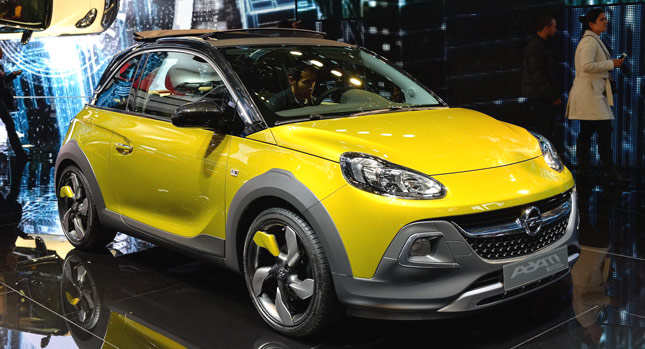 Opel’s booth was dominated by the brand’s smallest model, the Adam. It gained a new crossover-flavored model, the Adam Rocks and a study called Adam S.

The production version of the Opel Adam Rocks stayed true to the concept, retaining the raised ground clearance and more rugged looks. It sits 15mm higher than the regular Adam and has a wider stance and rolls on newly designed 17 or 18 inch alloy wheels.

The Opel Adam S on the other hand will just be a concept for the moment, but is expected to become a production model sooner rather than later. It is powered by a 1.4 liter 4 cylinder turbocharged petrol engine producing 148hp and 220 Nm or torque.

Check out the rest of the lineup in the gallery below: