Honda has got our attention. They have a new production intent Civic Type R, and they just released official photos of the concept before debuting it at the Geneva show.

The production version will go on sale in 2015 offering Honda's new 2.0 liter turbocharged VTEC inline four engine with an output of at least 280PS. A Japanese unit may hit the 300 mark.

Honda reaffirmed its commitment for the new Civic Type R to become the fastest front-wheel-drive vehicle to lap the Nürburgring.

"Many of the styling features offer real function, rather than just aesthetics," says Honda, adding that, "the need to reduce drag, add down-force, provide cooling and achieve optimum airflow, were key considerations for the design team."

The Civic Type R Concept sits lower and has a wider body than the regular hatch with swollen wheel arches housing 20 inch alloys in performance tires. You can find a number of vents on the Type R's body, including the redesigned hood, while the car also adopts different headlights with integrated LED daytime running lights and sharp horizontal fog lights. 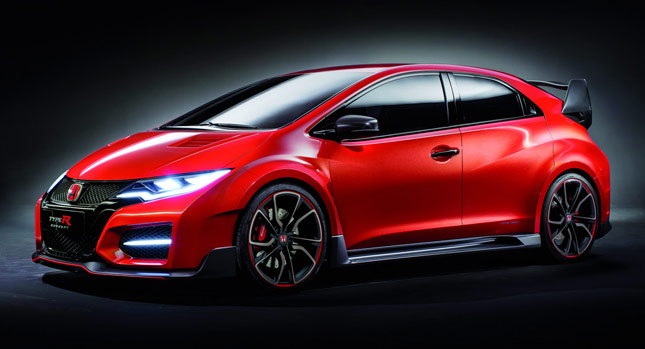 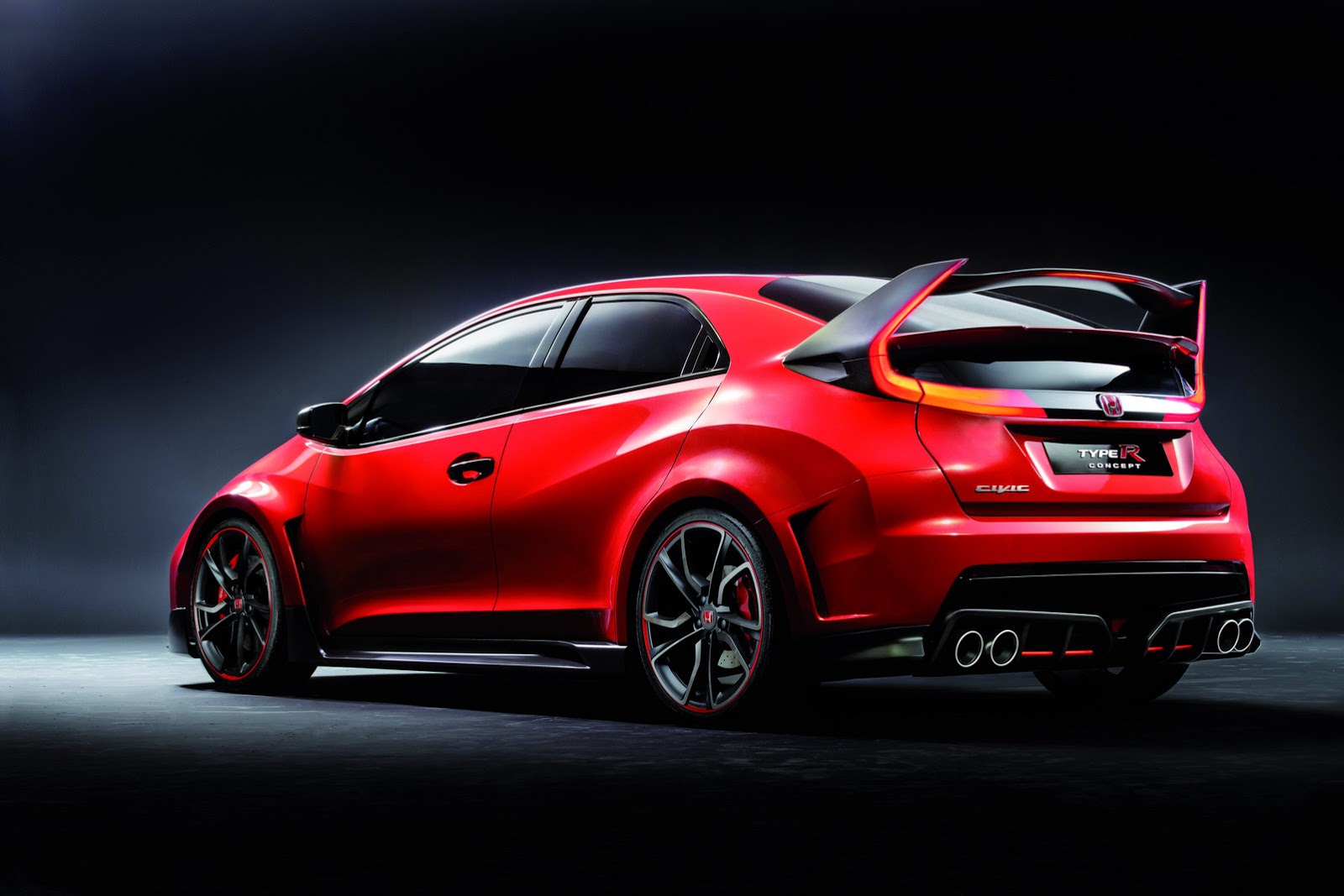 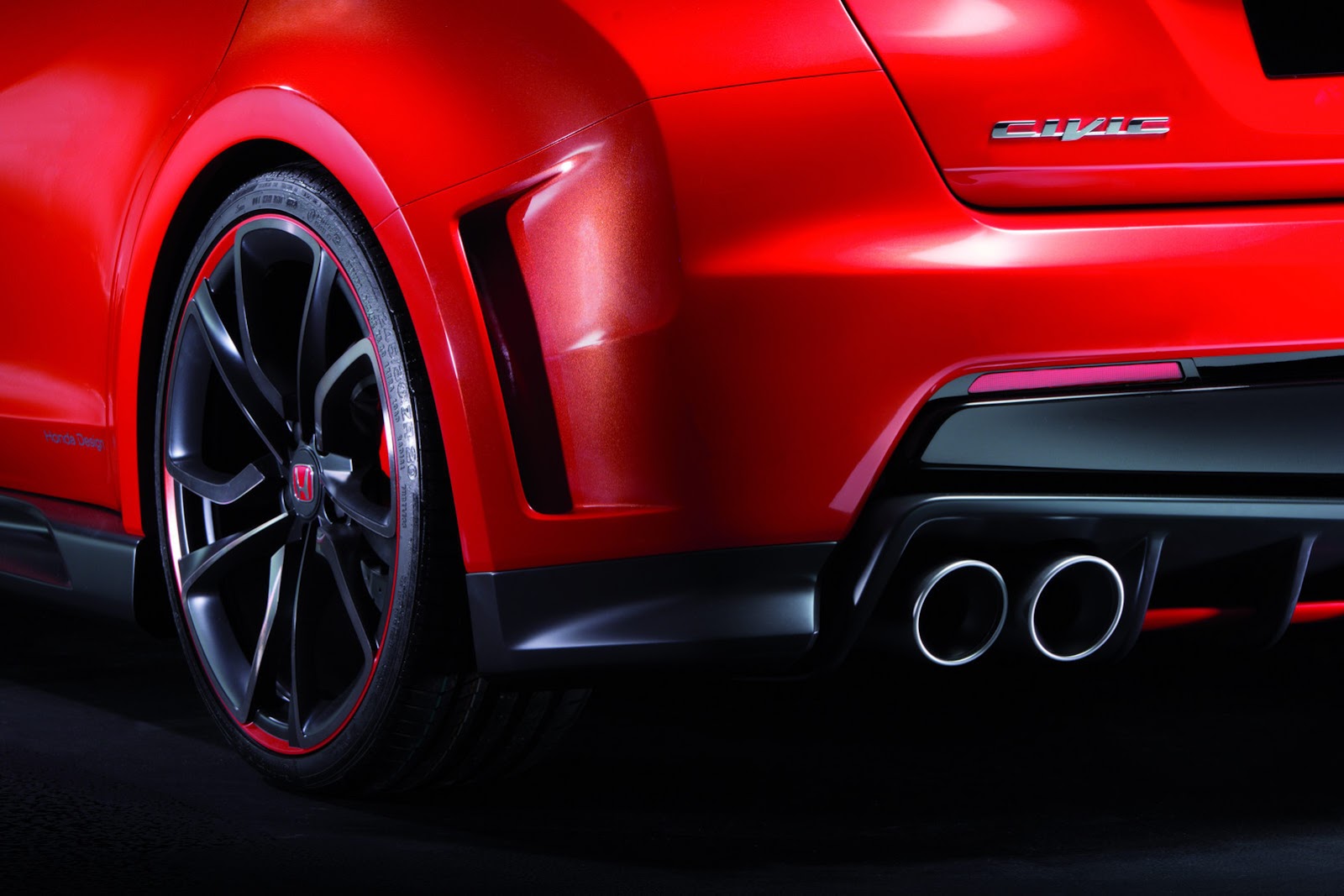 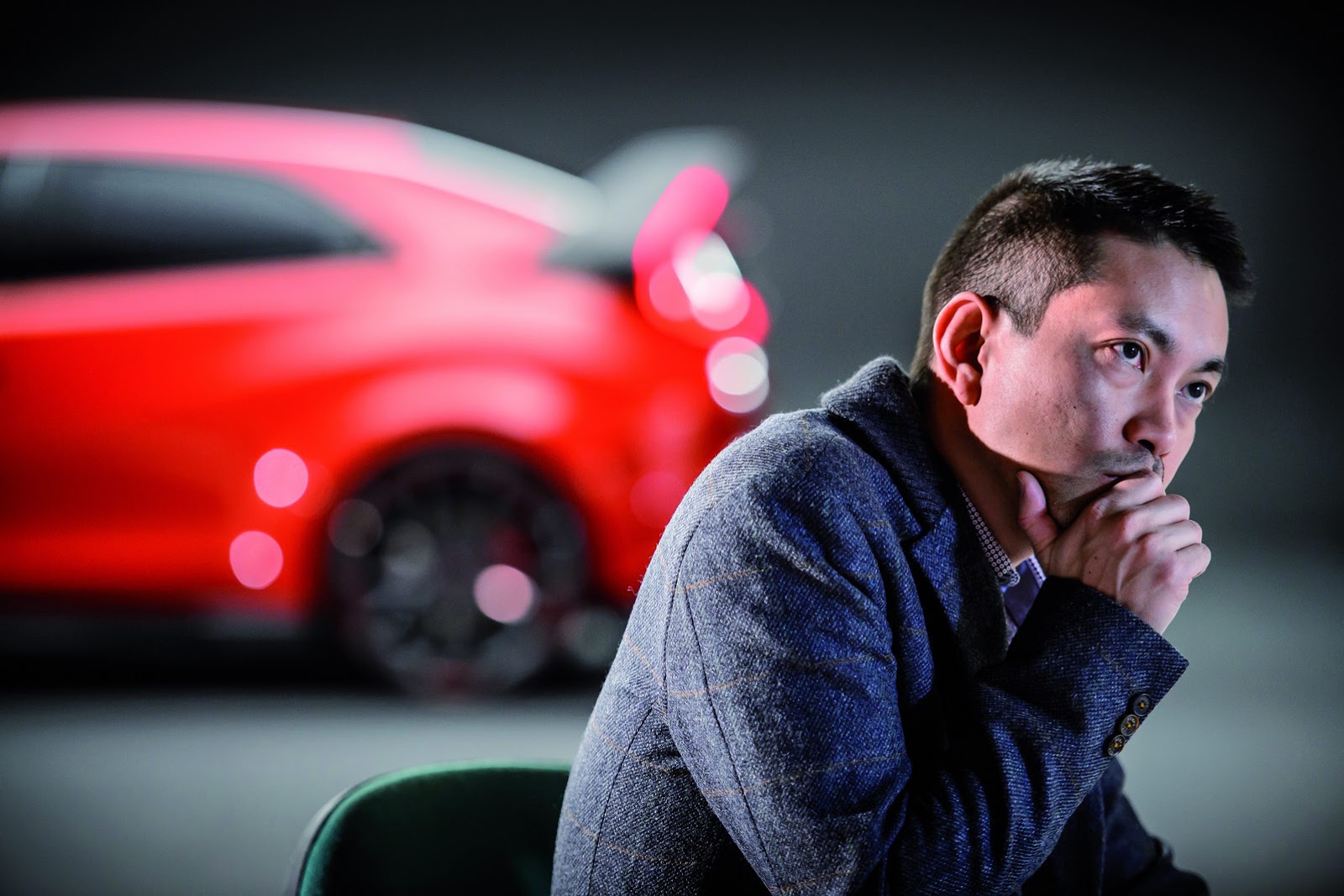 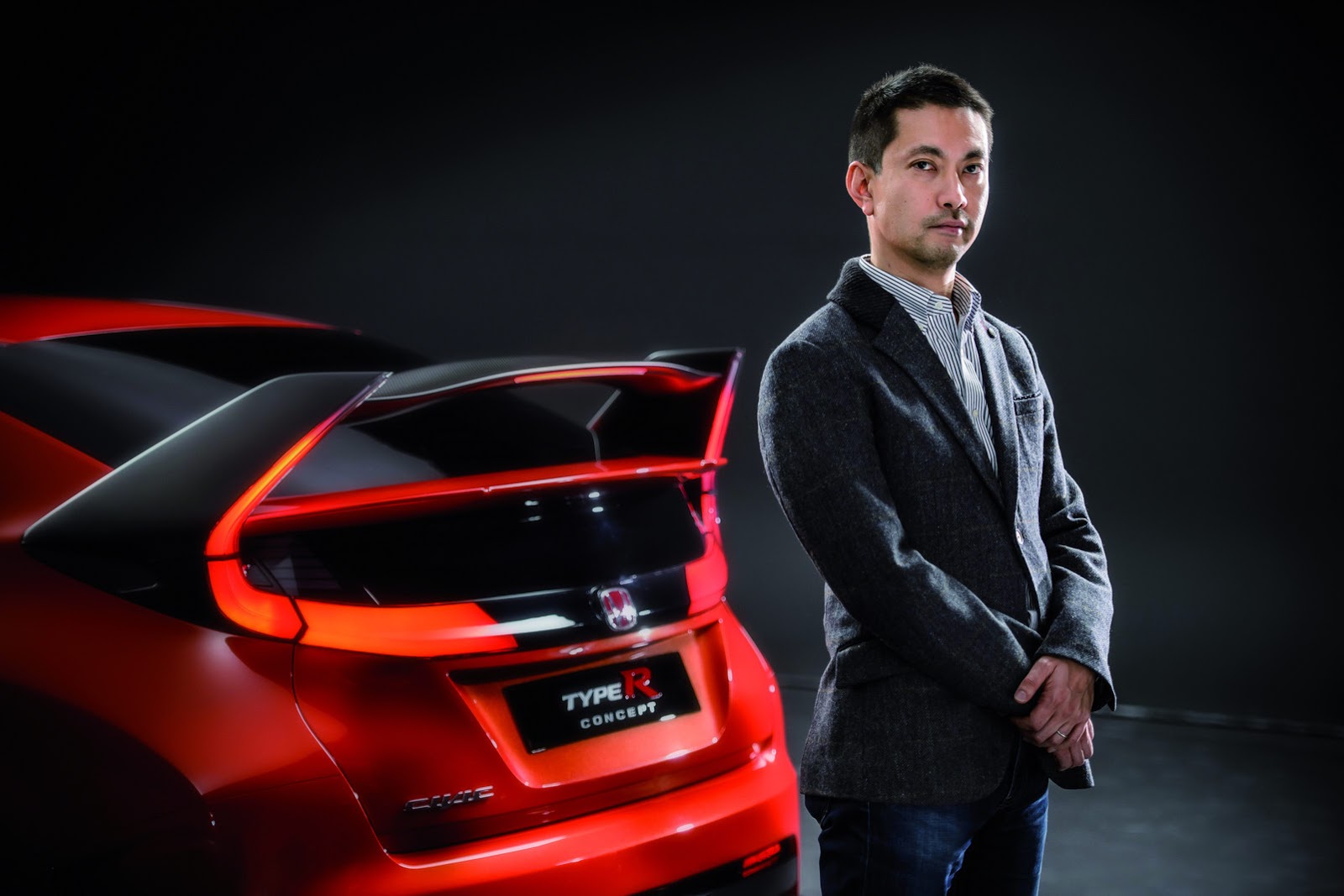