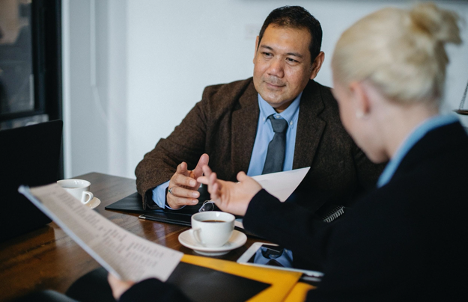 You've probably heard of class-action lawsuits and mass tort lawsuits and wondered about the differences between them. In both cases, a large group of people who suffered an injury will file a lawsuit. However, these cases differ in several regards. For example, mass tort lawsuits mean that each individual will have an individual claim with specific damages. If they can't settle the case, it enters the court system.
Contrast that with class-action lawsuits where none of the filings counts as individual cases, and whatever amount is won through a verdict or settlement is split among all the plaintiffs.
Damages: The Difference
In a mass tort lawsuit, the items for which you can collect include lost wages, medical expenses, disfigurement, disability, emotional damages, and pain and suffering. Usually, you file a mass tort lawsuit when you have suffered a loss because of faulty products, harmful prescription medication, and exposure to pollutants or chemicals.
On the other hand, since a class-action lawsuit does not focus upon the specifics of an individual's suffering, damages are calculated differently. In a class-action suit, the focus is on the general overall damages. A plaintiff cannot pursue extra compensation for specific damages even if they suffered more overall than other plaintiffs.
Size of the Case: The Difference
Mass tort lawsuits typically involve a smaller number of plaintiffs than class-action suits. Because mass tort filings consider each case individually, they tend to put more of a strain on the court system. While some plaintiffs may prefer to proceed with a mass tort, when enough plaintiffs file lawsuits, pursuing a class action might make more sense. Usually, class-action lawsuits will involve 40 people or more who filed a lawsuit.
Examples of Both Types of Lawsuits
Examples of Mass Tort Lawsuits often involve medical devices and dangerous drugs. The BP Oil Spill gives us one example of a mass tort lawsuit where thousands of lawsuits were filed, and BP paid billions of dollars in damages.
A class action, on the other hand, can take on a variety of subjects. It might involve antitrust, securities, or product liability actions. One example is the Takata airbag recall, which affected 63 million cars and cost over $553 million.
How Do You Know Which One to File?
Your lawyer can help you to understand which type of lawsuit would work best. Class action lawsuits can level the playing field against bully corporations that have an unfair advantage. Power exists in numbers. Awards for a mass tort lawsuit will typically be larger, however, since you don't share the award. The judge considers each case.
So, while a mass tort is more of a risk, it also has a higher potential for a satisfying reward. A class action settlement can range anywhere from a few dollars up to $1,400 or more, but it will generally be on the lower side.
Pros of Class Action Lawsuits
● Strength in numbers;
● Costs less;
● No one goes away empty-handed;
● Less strain on the court system.
Cons of Class Action Lawsuits
● Lower payouts;
● No control over it;
● Takes a long time to settle.
Pros of Mass Tort Lawsuits
● Cost-effective lawsuit;
● Eases the proof of claims;
● Attorneys handle most of the litigation;
● Bigger payouts than class-action lawsuits.
Cons of Mass Tort Lawsuits
● Some courts can't handle mass tort lawsuits;
● Corporations dismiss claims on grounds of too many lawsuits;
● Disproportionate allocation of funds.
Knowing the differences can help you plan your best course of action. You want to have an experienced and qualified attorney who knows how to handle the case. Many times, both types of lawsuits go up against powerful corporations that have a team of experienced and cutthroat lawyers.
﻿
The 5 most common mistakes when betting online