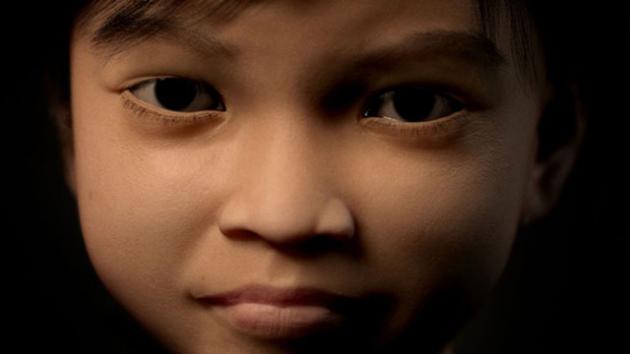 Sexual predators are a parents' worse nightmare. But thanks to a couple of brilliant researchers, at least a thousand of these sickos have managed to be identified after attempting to offer money to a fake profile.

The fake profile belongs to a little girl named "Sweetie", who turned out to be a digital decoy designed to trick perverts into thinking they're having webcam sessions with a real live 10-year-old Filipina.

Sweeties was developed by the Netherlands-based children's rights group Terre des Hommes as part of an effort to combat "webcam child sex tourism." This growing problem mainly affects impoverished areas in which kids are forced into remote commercial sexual exploitation.

The group says that the decoy was approached by nearly 20,000 people. While they weren't able to track them all down, here's hoping that the move will help to deter these pervs from targeting real kids. The details of those identified were handed over to Interpol, but police can't really do much unless a child victim has filed a report.
"[B]ut children almost never report these crimes," said Hans Guyt, director of campaigns at Terre des Hommes Netherlands. "We want governments to adopt pro-active investigation policies that give law enforcement agencies the mandate to actively patrol public Internet hot spots where this child abuse is taking place every day."