Paper by 53 Gets a Gorgeous Pencil Stylus [VIDEO]

Paper by 53 is iPad's most famous drawing app. Now, the creators have released a gorgeous stylus to go with it.

Named Pencil, it is a Bluetooth stylus that pairs the Paper app for iOS. Pencil may not be any different than any other stylus out there, but they want to set itself apart from the others with the use of some good design. Check it out below: 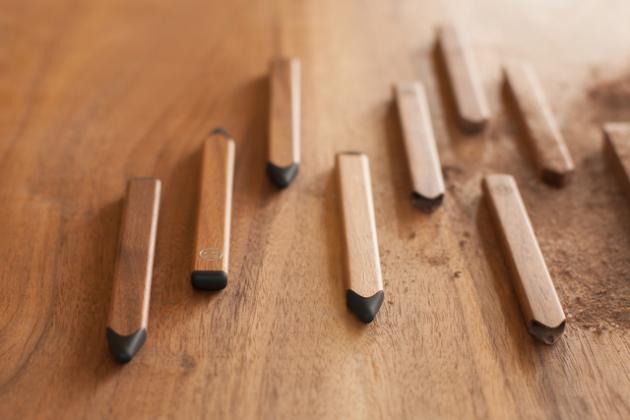 The shape was designed to look like a traditional carpenter's pencil. It has broad flat sides and a chiseled tip. Its shell is made of real walnut and you will notice there are no buttons on the side. The design is as simple as possible.

The stylus was designed by John Ikeda and Jon Harris, both of whom helped designed the Xbox 360. The stylus works by requiring a "physical kiss" where you touch the button to the software's interface instead of accessing a menu item. After it is paired, Paper handles palm rejection like other styluses, but knows you're performing gestures you actually want to perform with your fingers. If you flip Pencil around, you can use it as an eraser. 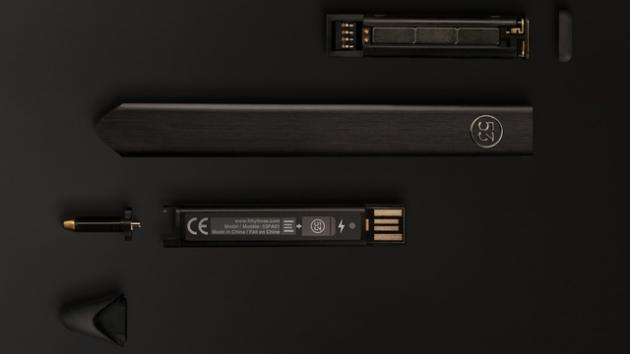 But Pencil's greatest asset is the reputation of Paper, which captured people's imaginations by really understanding and developing a touch-based UI that is a pleasure to use. If the company can carry that focus into this new product category, it has the potential for great success when it ships for $60 ($50 for the non-wood version).
﻿
3 Top Secrets Apple Doesn't Want You to Know