I came to the conclusion that I had three options on the table at that stage of my experiment mining the crypto-currency:

Option 1 - sell up and cut my losses.

Option 3 – buy more rigs and mine even more Litecoin with the hope that the price rises.

Option 1, the path of least resistance. That’s the choice I ultimately ended up at.

My Litecoin mining adventure wasn’t profitable and —if I’m honest—a waste of time. To redeem something out of the experience, I can at least share with you what I did wrong. If you are thinking about mining Litecoin or some other sort of crypto-currency, you can learn from my mistakes.

The main thing everyone wants to know is “how much money did you lose, man?!”

Let’s cut to the chase.

A good scenario is the price of LTC maybe hitting $5 once it’s announced on Mt. Gox (see their blog post which addresses this further). Which means, realistically, I will have lost $3,713.24 in total.

Yeah, that isn’t going to happen.

What went wrong? What could I have done better?

I was naive enough to think that the price of LTC would grow so quickly, that it could meet the minimum repayment on my card and cover the costs of electricity, rent & an internet connection. Unfortunately, this did not happen. I see now—with the benefit of hindsight—that this goal was unrealistic.

There would have been a small decrease in power consumption by having less rigs with more cards, but not by a lot and it’s hard to work out the exact power usage in the real world, especially after system tweaks. Let’s say I achieved a 10% reduction in my power consumption — a generous estimate based on the result of GPU tweaking and rig consolidation. That would have made my power bill $3,796, instead of $4,218, decreasing my loss by $422.

Tweaking the system and consolidating my rigs would have made a difference (to the tune of almost $2000), but not that much of a difference in the overall scheme of things. I still would have lost over $1,000.

The key to crypto-currency mining (in Australia at least) is cheap power. Ideally, free power. Many of the people who purchased my gear are mining Litecoin and other coins, and when I asked them how they’re justifying the low profitability, they all said said they’re able to snag free electricity from somewhere. Normally stashing a few rigs at work, hoping nobody notices (hah). Good luck to them I say!

If you can find free power, here’s how it breaks down:

Spend $14,500 to set up a farm that should generate around 600LTC month. If you don’t have to pay for power—and assuming the LTC rate of difficulty increases at the same rate—you should have accumulated around 7200LTC. If you end up selling that LTC for say, $6 a coin, how much would you make?

Turn around and sell the gear for at least half of its original value, and that number rises to around $35,000.

Assuming your source of free power doesn’t disappear, or find out and call the police for stealing…

But what about solar power? The sun gives us free electricity! Let’s use it to power our Litecoin farms!

A solar system with enough average peak output to supply 8400W of electricity would cost about $10,000 (you can get 10kW systems installed for $10k these days, cool!). Solar panels that output 10kW will be able to supply all the power we need! Spend $10k to save $13.5k and the panels will last for 20 years giving out free electricity! Let’s go buy solar panels now!!!

Don’t get too excited, though. There’s a few harsh realities of solar power we need to step through.

First of all, the sun doesn’t shine 24/7. At night, we’d need an alternative power source. Normally that’s the grid, but you could also install batteries. If you do, you’ll need enough of them to power 8400W for the time when the sun doesn’t shine, and then enough solar panels to charge the batteries and power the farm itself.

You’d be looking at just $25,000 for the panels, let alone the insane amount of batteries you’d need (probably 40 of the biggest deep cycle batteries you can find, which will set you back another $35k). Spending $50,000 doesn’t make sense.

There’s wind power, which if you’re in a windy enough area, can supply power at night, but a 10kW turbine is huge and will set you back $20k easily. Good luck getting a permit to put one up anywhere in Victoria too.Thanks anti-wind farm nutjobs.

So the only real alternative is to get a discount on our electricity use by using solar when it shines brightly to give 8.4kW of power, then supplementing it with grid power when there’s not enough light. Solar panel output varies greatly depending on the amount of sunlight. Take these PVOutput stats from a 10kW system out in suburban Melbourne.

In other words, it would take 5 years of mining to pay back the cost of the panels and even once the panels are paid off, you’re still only saving $2,000/year.

Solar panels are great and every home should have them, but as far as Litecoin mining goes, unless you’re in for the super long haul, I wouldn’t bother.

What could I have spent my money on instead?

There’s always an opportunity cost involved with this sort of thing. What else could I have done with the same resources and what would have been the result of that? I can’t go back in time to change what I’ve done, but it’s interesting to see what could have been. I whipped up a few spreadsheets to either justify my actions or remonstrate myself for wasting money.

So I guess losing approximately $3,800 overall isn’t so bad. Investing in shares like banks and mining seems like a good idea to be honest, especially since how they’re so protected by the government in Australia at least. Would I have done it instead of LTC? Probably not

It’s pretty obvious that if you can score free electricity, get mining Litecoin NOW. You’d be dumb not to. If you are a bit less risk averse with your investments and an interest in crypto-currency, take a look at these Australian guys making a Bitcoin mining ASIC device. It sounds really good, and particularly if you’re also in Australia, as you can catch up and talk to the people making it – they seem to be much more transparent than the other ASIC hardware vendors out there. There’s also the bonus of Bitcoin being a bit more legit and more ecosystem and culture around it than Litecoin, which is nice.

That’s pretty much it for me in regards to crypto-currency. I don’t really intend to write any further regarding Litecoin or Bitcoin in the near future. There’s so many other interesting things in technology going on out there!

I’ll find something else to suck myself into pretty quick. 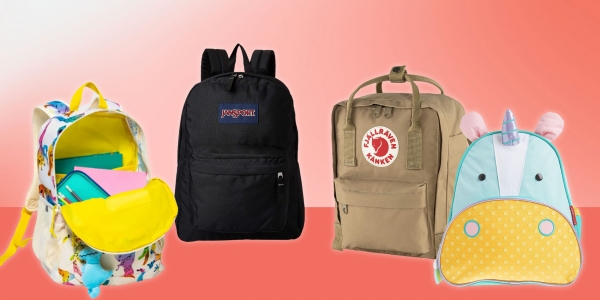