Yes, bad boys wouldn't be able to pull off half their antics if they weren't brimming with confidence. The intersting this is that this attitude of confidence overflows into everything that they do, be it the friends they make, the food they eat, the car or bike they drive, the way they drive, the way they order their drinks and even the way they talk to other women, even though the girlfriend may be just a step behind. And no matter what, such overt confidence is a major major turn on for women.

They just don't give a damn. Rule books are not applicable to them and when it comes to getting things done, it's either their way of the highway. You can't expect to change him, or set him straight as they make their rules and believe that life is to be lived on the edge. Take it or leave it, that's the attitude they flaunt and that's one reason why they fare so well with women.

They are exciting and adventurous

Among the most prominent characteristics you'd find abundantly in bad boys is their love for excitement and adventure. According to them, if they aren't living on the wild side, they aren't living at all. Bad boys are always testing the boundaries and pushing the envelope when it comes to their life and women just can't get enough of this attitude. They find it intriguing and extremely exciting. And when you put exciting and adventurous beside the other rebellious traits, it sends women into a tizzy.

They are challenging and mysterious

Remember, if your behaviour becomes routine, women are bound to find you boring. women dig men who are a good challenge. As for the mysterious streak, contrary to popular belief that women love the tried and tested, the guessing game actually given them a high like no other.

They are very masculine

This often goes hand-in-hand with being confident, indifferent, exciting, adventurous... etc. Bad boys are often rugged and in-control. That doesn't mean that they are controlling, they just know how to get what they want without breaking into a sweat. They speak clearly and confidently, they look you in the eye, they are passionate about what they believe in... but most importantly, they still know how to treat a lady and make her feel good.

They give women a feeling of power

It's rightly said that the illusion of control is often more powerful than power itself. And when it comes to bad boys, they exude an air of power like no other, thus giving their women an air of strength and togetherness. Also, this power high does eventually rub off, even if just a bit, on their woman, too... and she laps it up!

They know how to talk to women

One of the main reasons why these macho men are such chick magnets is because they are so confident, especially when it comes to chatting up females. They give out this 'don't give a damn' attitude and are knowledgeable of almost every topic under the sun. That's not all, they are not afraid of putting across their opinion or making their point. Most importantly, they know how to woo a woman and her feel good with words. Smooth-talkers, they can waltz their way in and out of situation is style and panache and consequently set hearts racing.

You know that it’s a job requirement to check IDs and not serve anyone who’s visibly intoxicated. But what you may not realize is that you also have a legal obligation to train new employees on alcohol sales and service, as well as how to recognize when someone has had too much to drink. Failing to meet these obligations can result in hefty fines for your company—potentially up to $10,000 per employee! Read on for details on the specific training requirements in CO and how prep courses from  Read more
LIFESTYLE  Dec 01, 2022 11:19
A Romanian Supermodel the World Needs to Know About: The Gorgeous Diana Nicoras

The fashion and modeling industry is undoubtedly dominated by Americans and British, followed by Brazilians and Russians. This is why most modeling agencies look for models with ancestry or direct linkage to these regions. It feels like the modeling companies within this sector have landed the ‘success formula,’ in which limiting their search and restricting their efforts to just a specific demographic will bring results.   Read more
LIFESTYLE  supermodel Dec 01, 2022 00:35
Prostate Cancer: Forms, Symptoms and Treatment 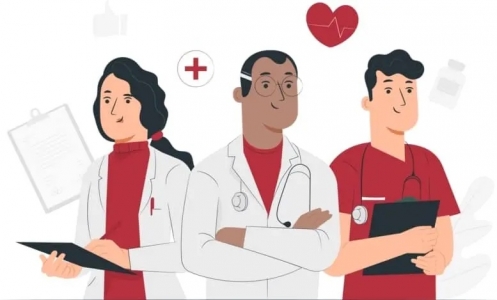