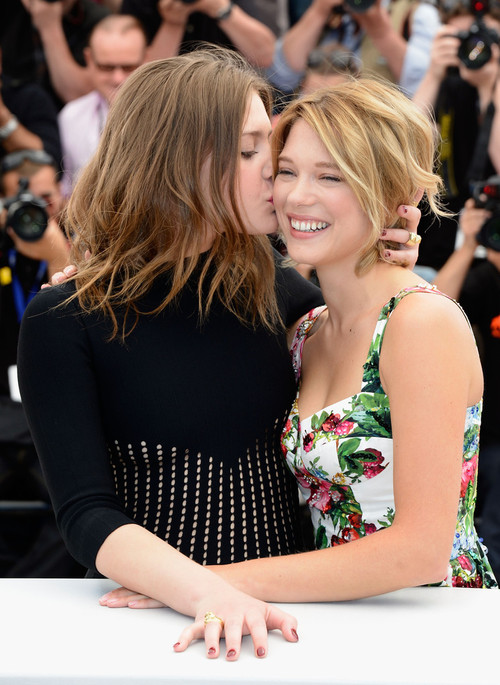 Actresses Léa Seydoux and Adèle Exarchopoulos talked to The Daily Beast at Colorado's Telluride Film Festival about the filming and its domineering director, Abdellatif Kechiche.

"The thing is, in France, it’s not like in the States," Seydoux said. "The director has all the power. When you’re an actor on a film in France and you sign the contract, you have to give yourself, and in a way you’re trapped."

"Blue Is the Warmest Color" (or, in French, "La Vie D'Adele Chapitres 1 et 2") surrounds the lives of Emma and Adèle, two girls who enter into a passionate and all-consuming lesbian relationship.

Based on a 2010 graphic novel by Julie Maroh, it premiered at Cannes in May to much fanfare, probably thanks to a 10-minute sex scene, which took 10 days to film and required the actresses to wear prosthetics. The explicit scene left Exarchopoulos feeling "embarrassed" and "ashamed," she said, adding, "I’m not that familiar with lesbian sex."

On top of that, Kechiche reportedly yelled at the actresses, demanding reshoots, during their five months or so, on set. In one scene, he made Seydoux hit Exarchopoulos repeatedly. The girls don't want to work with him again.

"[Kechiche] is a genius, but he’s tortured," Exarchopoulos said. "We wanted to give everything we have, but sometimes there was a kind of manipulation, which was hard to handle. But it was a good learning experience for me, as an actor."