REVIEW: "Edge of Tomorrow" Keeps Viewers on The Edge of Their Seats 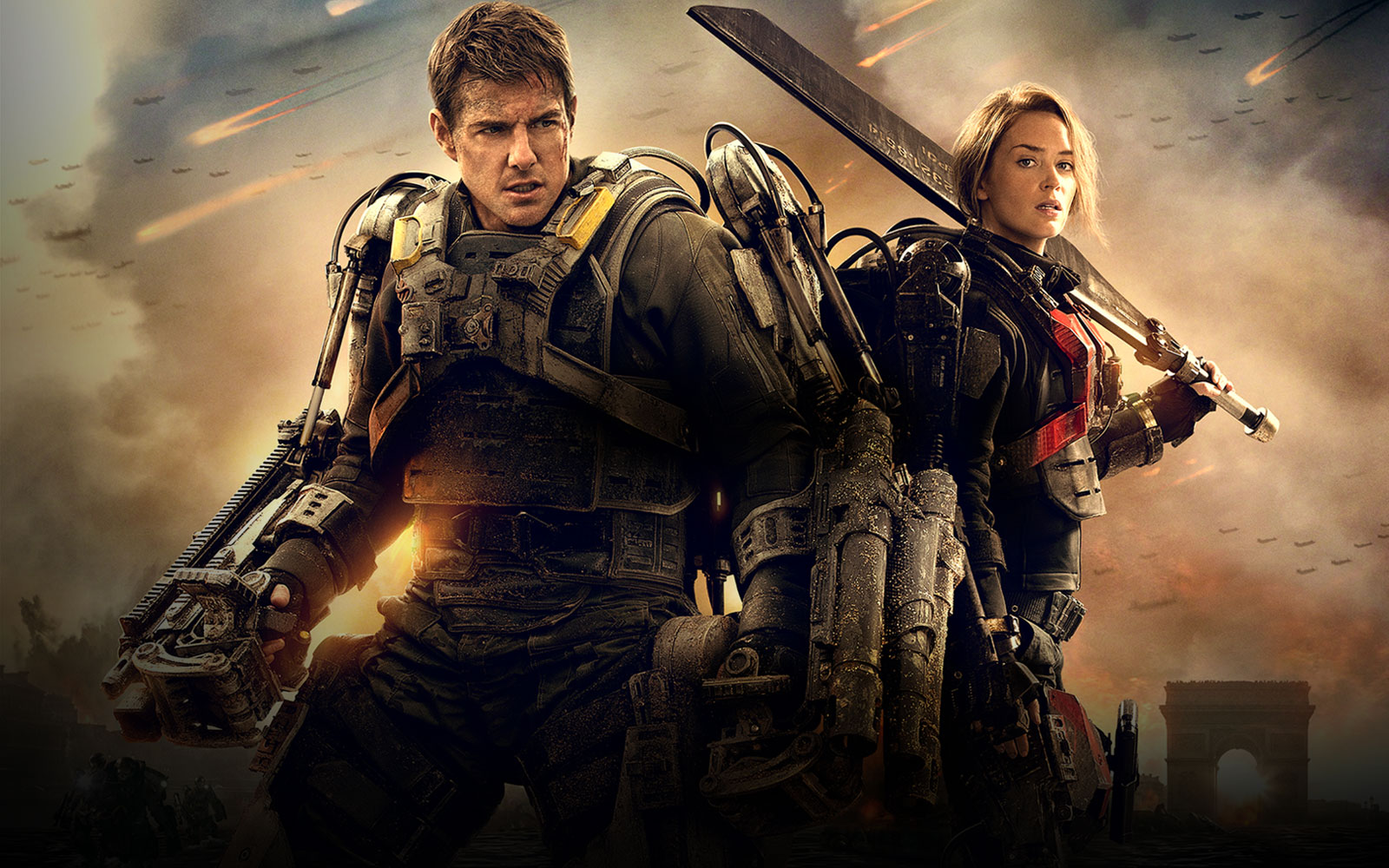 A smart alien movie that will make you look forward to what tomorrow may bring.

Based on the Hiroshi Sakurazaka novel All You Need is Kill, this film adaptation directed by Doug Liman features Tom Cruise seeking salvation from a nightmarish day that just never seems to end.

In Edge of Tomorrow, the 51-year old action star plays Major William Cage, an Army public relations officer who always seems to be in the wrong place at the wrong time (important!). A series of unfortunate events results in him being sent to the frontline of a ferocious battle that will decide the outcome of the war against an invading alien species known as "Mimics". 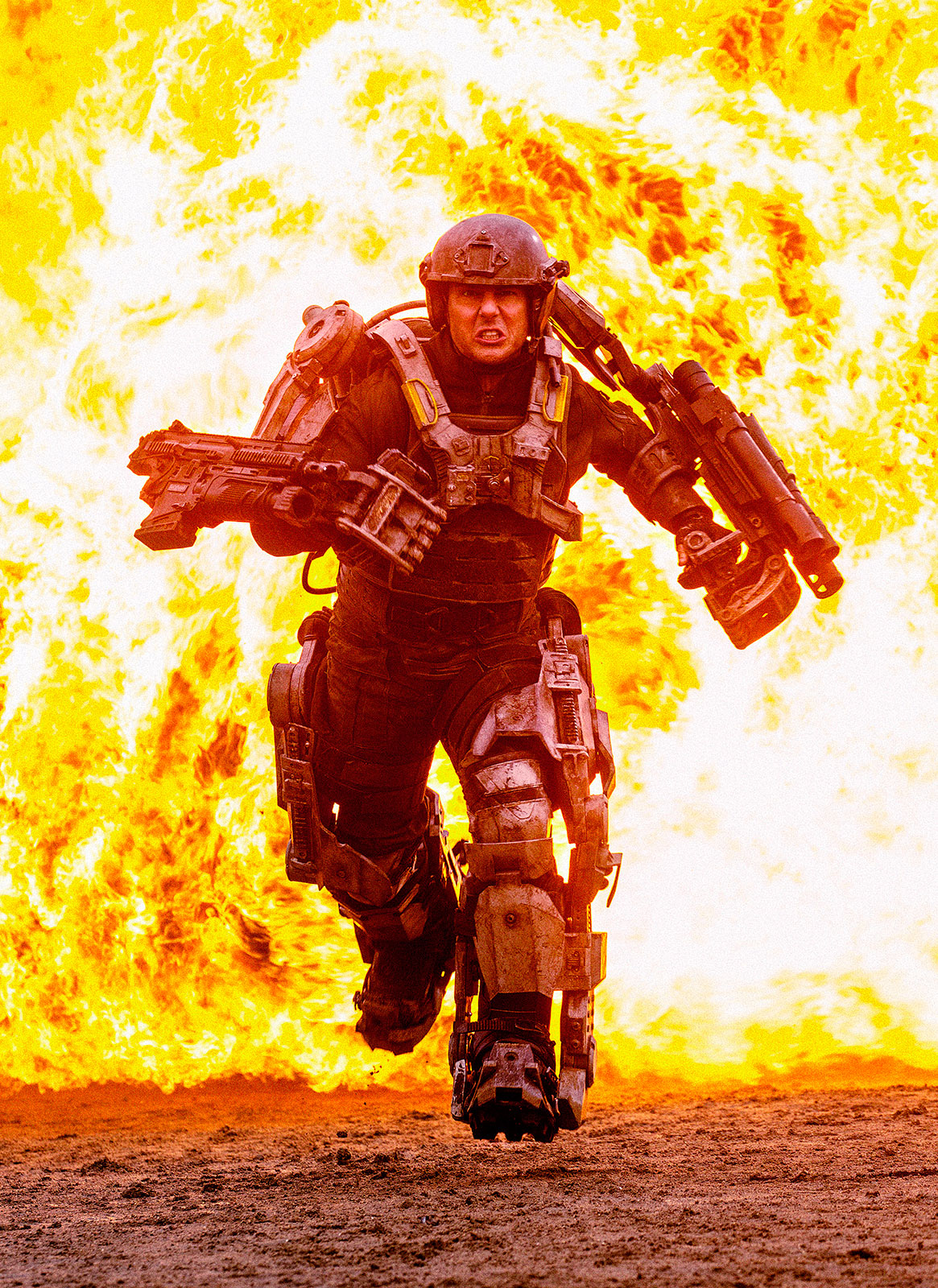 Cage soon finds himself unwillingly strapped inside combat armor and dropped right into the battlefield, which is revealed to be an ambush. His inexperience leads to his demise, but then he "wakes up" only to find that the same exact day is repeating again and again, and again.

To make things even worse, everyone else seems oblivious to Cage's predicament. But a chance encounter with an exceptionally gifted killer named Rita Vrataski (Emily Blunt) could provide him with the answers on why the day keeps looping.

Turns out that Rita has also experienced the same temporal dislocation like Cage, but lost the ability along the way. His only hope now is to make the most out of his dilemma by training and gathering enough information to avoid repeating the same fatal outcome. 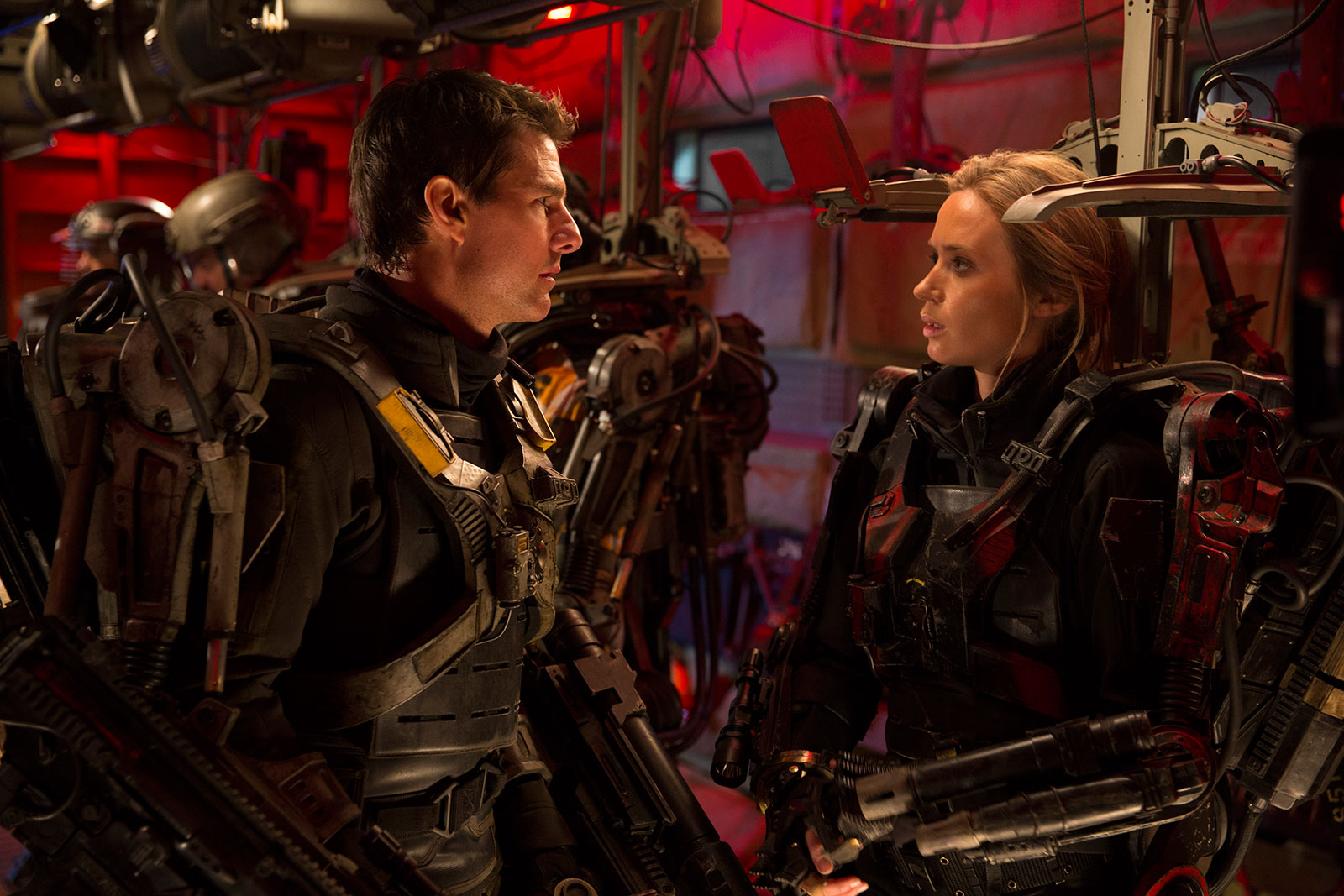 The plot has been described as a mix between "Groundhog Day" with a little bit of "Independance Day" thrown into the mix. But instead of watching Bill Murray save a town, you have Tom Cruise saving the world (yet again) by reliving the same day while punching aliens in the face! 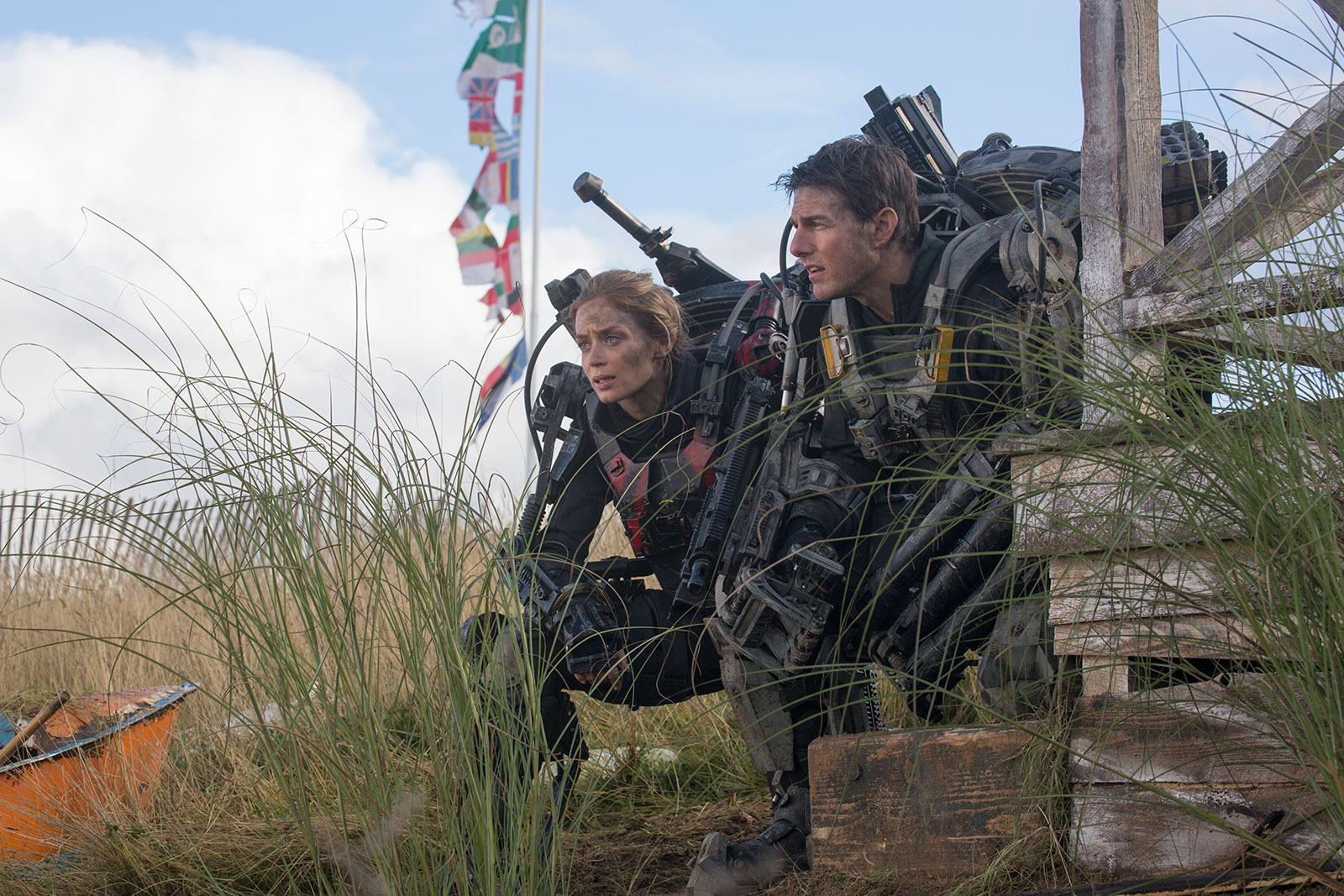 Sci-fi fans and video game enthusiasts will definitely find EOT to be both interesting and entertaining, especially if one derives pleasure in watching Tom Cruise die countless times in multiple ways (it's like indulging in the most delicious slice of schadenfreude pie).

Emily Blunt also does a great job potraying as the main character's very own personal guardian "Angel of Verdan", complete with a helicopter blade as a sword. This knockout British beauty can definitely hold her own against Cruise's star power. Special credit must also go to the film's editors for making the repetitive scenes endurable.

If there was any takeaway message in this film, it would have to be to continue learning from your mistakes to increase your chances of coming out with the best possible outcome. But unlike the main character's unique set of circumstances, don't expect a little alien DNA to help you along the way.

Edge of Tomorrow is now screening at a cinema near you.
﻿
Six Christmas Movies to Watch at Any time of the Year