An Epidemic Virus is Killing Hundreds of Dolphins 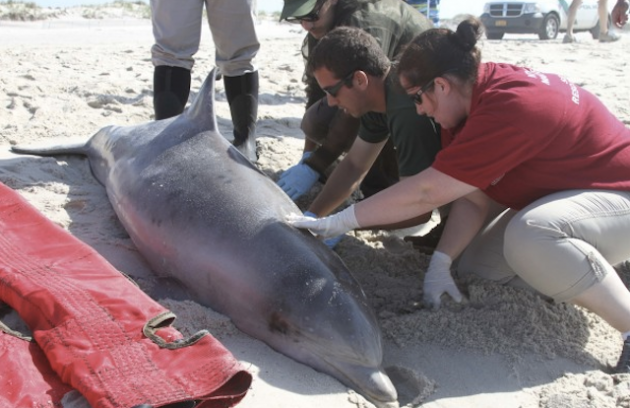 In the past few months, hundreds of dead dolphins have washed up on the shores along the U.S. east coast. Scientists think it's a dolphin epidemic.

According to CBS News:

Officials confirmed Tuesday that morbillivirus, a virus similar to measles, is the culprit in the death of more than 300 dolphins along the East Coast in recent weeks. It is the same virus that killed off more than 700 dolphins between 1987 and 1988.

As of Aug. 25, 333 bottlenose dolphins have turned up dead or nearly dead along beaches from New York to North Carolina. Scientists call such cases "strandings." Virginia has seen the most deaths, with a total of 174. The virus causes substantial weight loss as well as oral and skin lesions.

There have also been many reports of floating carcasses that have not been recovered, National Oceanic and Atmospheric Administration (NOAA) officials said in a Tuesday conference call. This means the number of animals that have died is likely higher than currently reported.

The good news is that the dolphin morbillivirus cannot infect humans, but the bad news is that it may cause more deaths among marine mammals. These dolphins become so weakened by the virus that they are attacked and killed by sharks.

Researchers say this epidemic could continue for months, or even years.