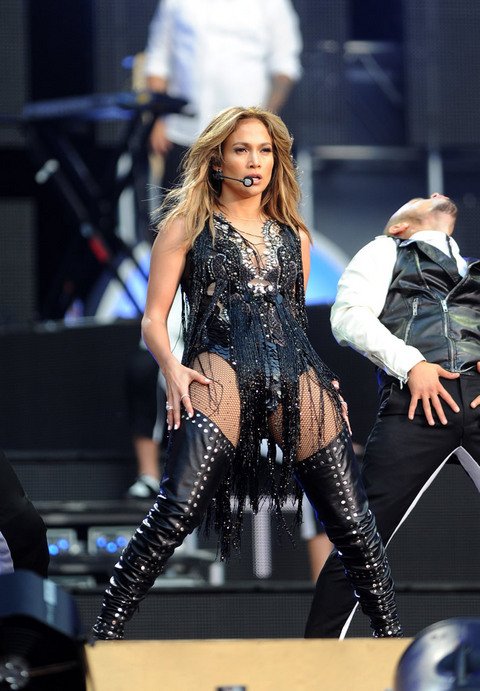 Whoa. What the hell?! A former fireman who had been allegedly stalking Jennifer Lopez managed to stay in her Hamptons pool house for a week without being noticed by security.

After spending six nights in the home he finally got caught, and told Lopez's employees that he was her husband and father to her kids, and that meant it was basically his pool house anyway. Holy shit. According to reports:

John Dubis, a 49-year-old former fireman, allegedly settled into the guest house of J.Lo’s $10 million Water Mill home in early August for six days without being noticed by Lopez's security guards, reports the Southampton Patch. Dubis slept on a couch and parked his car out front in plain sight of her security, according to sources.

According to the New York Post, a Lopez employee finally spotted him and confronted him on Aug. 8. The accused stalker tried to claim he was the divorced singer’s husband and he told the police that he was the father of J.Lo's children, so she had been allowing him to stay in the pool house. He was taken in for psychiatric evaluation.

Yeah that's about right. Did he really think he looked like Marc Anthony? And it's probably time for J. Lo to re-train her security guards.