Wayne Rooney posted two images of his head injury on his Facebook page. The post answers questions about the severity of the injury he suffered during practice and his commitment to the English national team.

Initial reports stated that the injury was a "cut" on his forehead, and it kept Rooney out of last weekend's Manchester United match. But judging by the pictures, the wound looks pretty severe. Rooney will also be missing two upcoming World Cup qualifiers.

The images are graphic, so be warned before you scroll down. Check it out: 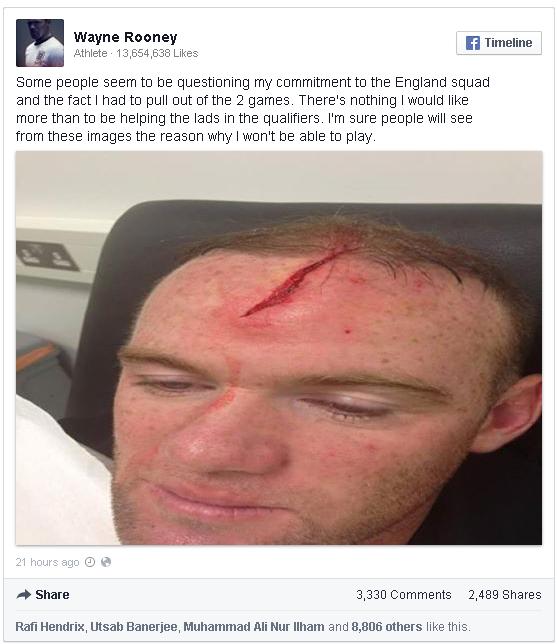 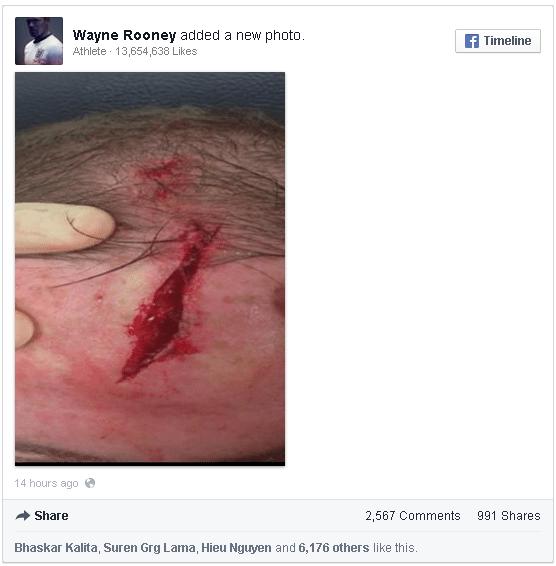