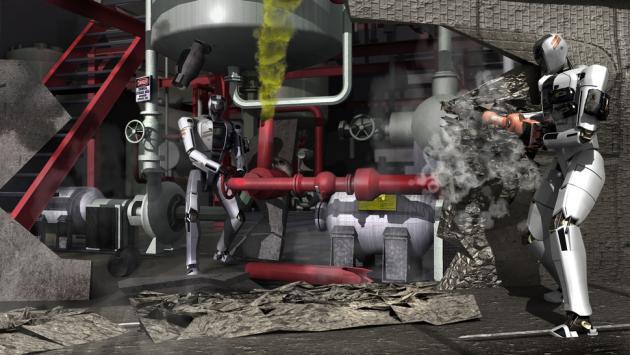 DARPA is hosting the DARPA Robotics Challenge, and hopes to start the development of tomorrow's mechanical responders. They will be the ones that respond to disasters and will be doing the clean up so you know, us humans don't have to do it.

The challenge is pretty grueling. The ultimate prize is $2 million. And there will be six competing robots taking place. The obstacle will consist of eight stages or tasks designed by DARPA engineers to put the robots in situations they're likely to encounter.

This will be the easiest. They got to slalom a 2WD Polaris Ranger XP900 side by side through a 250 foot long by 40 foot wide obstacle course with pylons and barriers. The buggies will be limited to a speed of 10mph and will be equipped with remote engine kill switches and brakes.

After they've parked the Polaris, they will have to clamber through a series of cinder block walking hazards. It will consist of ten subsections that will get more difficult as the bot progresses. They will have to walk over 15 degree pitch ramps, step over diagonally laced 2x4 and 4x4 tripping hazards.

This task will test the robots' strength and dexterity. They will have to clear a path to a door by moving heavy debris piles weighing five to ten pounds.

There will be three doors where they have to walk through them by opening each one first. The first door pushes open, the second pulls and the third is equipped with a weighted closure. 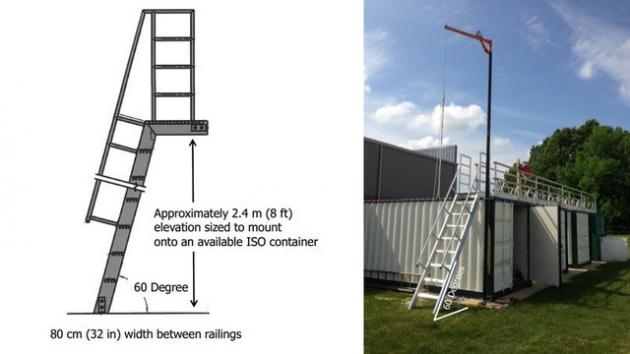 They will put their balance to the test. Each must ascend an eight foot tall industrial ladder onto the roof of a shipping container. As easy as this sounds, it's quite tough.

Here's where things get heroic. Breaking through a section of wall. They'll have to use power tools, and can pick either aDewalt 18V Cordless Cut-Out Tool, a Ryobi P340 18V Cordless Job Pil, or a Skil 2895 18V Cordless Drill. 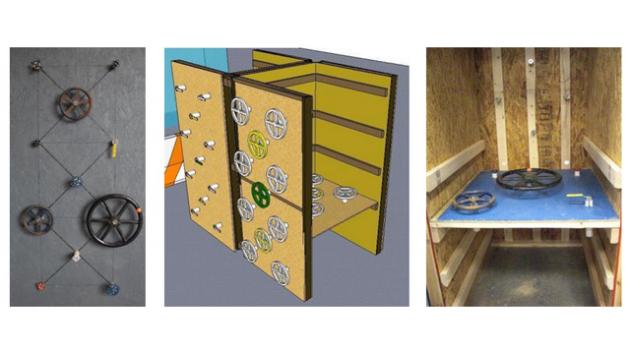 This task is all about dexterity. They must identify and close a variety of valve wheels located at various heights on a vertical wall. They will have to grip and turn the wheels closed without ripping them out of the wall.

The last task is about speed, coordination and strength. They must uncoil a fire hose from a wall mounted rack, drag the connected end down to a fire hydrant and connect it using the supplied wrenches.

It sounds like a tough course altogether. Can the robots achieve most of it? The winning Track A teams will work with Track B and C teams through 2014.