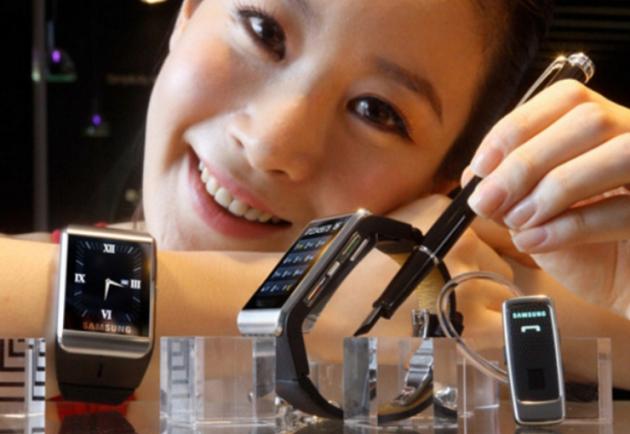 Not one company has yet to unveil a smartwatch just yet, but we know they're all gearing up for it. The real estate on your wrist is prime location for the tech giants. Samsung, may be able to grab customers first.

According to SamMobile, Samsung will announce a smartwatch called the "Galaxy Gear" in just a few weeks on September 4th. The smartwatch is claimed to be a companion device to existing Galaxy smartphones and tablets.

A patent showed up suggesting a potential Samsung smartwatch earlier this month. According to illustrations, it showed a smartwatch with a flexible display, and standard Android menu and back buttons.

The smartwatch will be reportedly announced alongside the Galaxy Note 3, which will supposedly come with a 5.67 inch 1920 x 1080 Super AMOLED display, 1.6GHz octa-core processor, 3GB of RAM, 13MP rear camera with optical stabilization and 16 to 64GB models and a 3,200mAh battery.

Via SamMobile
﻿
What is the future of ipad app development